Is it graffiti charging us £100 for a two hour trip?

Transport secretary Grant Shapps has urged rail bosses to crack down on graffiti on the UK's rail network, hoping it will encourage more people to use trains.

Shapps has written to Andrew Haines, the chief executive of Network Rail, saying: "I want us as a nation, particularly as we continue our focus on improving and developing our national infrastructure as we recover from Covid-19, to feel proud of our rail infrastructure and public spaces by ensuring that they are maintained to a high standard."

"The blight of graffiti, however, can have an impact on the confidence of passengers as they return to safely using the railway, and on the wider public view of our national infrastructure and public transport."


The number of passengers using trains has taken a nosedive over the past seven months, and Shapps seems to think the main reason people are reluctant to get back on them is because of graffiti on the tracks they previously did not care about, rather than the potentially lethal virus floating about. 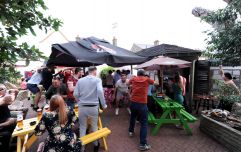 END_OF_DOCUMENT_TOKEN_TO_BE_REPLACED

I suppose Chernobyl suffered a downturn in tourists in 1986 because there was too much litter in the street as well.

Combine the virus with the continually rising price of train tickets for commuters and it should come as no surprise that workers are reluctant to get the train to the office again, after months of working from home with equal - if not higher - productivity.

Network Rail, which maintains 20,000 miles of track and 20 of the country's biggest stations, currently spends £3.5 million a year on cleaning up graffiti. Sure, a lot of people don't like the sight of it, but one can't help but feel the money could be put to better use subsidising the extortionate journeys people are made to take due to the scarcity of other travel options.