The Duke of Edinburgh, Prince Philip's will is to be kept secret for 90 years, after a recent High Court ruling.

According to judge Sir Andrew McFarlane, his last will and testament will be kept sealed for 90 years in order to protect the Queen's "dignity and standing". 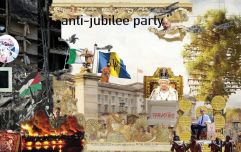 'Stuff the Jubilee': Anti-monarchists will party just as hard over the bank holiday

END_OF_DOCUMENT_TOKEN_TO_BE_REPLACED

As per the BBC, Macfarlane - who first began work on the private application in July - stated "There is a need to enhance the protection afforded to truly private aspects of the lives of this limited group of individuals in order to maintain the dignity of the Sovereign and close members of her family."

Macfarlane has not seen anything regarding the contents of the will, barring the date of its execution and the signatory. As president of the Family Division of the High Court, he is said to be the custodian of some 30 such envelopes, each containing the sealed will of a dead member of the Royal Family.

Though Macfarlane is apparently responsible for a process through which said wills could be made public for the first time in a century, he believes that "whilst there may be public curiosity as to the private arrangements that a member of the Royal Family may choose to make in their will, there is no true public interest in the public knowing this wholly private information". 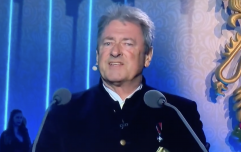 END_OF_DOCUMENT_TOKEN_TO_BE_REPLACED

For those unfamiliar with this relatively recent tradition (at least in terms of the Royal Family's long history), Royal wills have been kept sealed and protected from public inspection since 1910: the first member asking to do so being Prince Francis of Teck - the younger brother of Queen Mary, wife of King George V.

As with all other Royal wills, there will be a private process in 90 years time to see if Prince Philip's will be granted probate and therefore be available in the public domain.