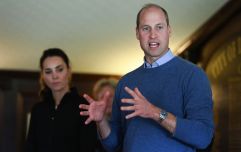 END_OF_DOCUMENT_TOKEN_TO_BE_REPLACED

The court had initially rejected the request due to a technicality.

In order for one person to sue another in a civil case, the claimant must formally present legal papers directly to the other party in order to make them aware of the action being taken against them. In legal language, this is commonly known as a service of proceedings.

The Mail reports that Giuffre's legal team had tried to serve Prince Andrew with the legal papers last week by leaving them with a police officer at his home in southern England. But Andrew's legal team argued he has not yet been properly served these papers so the case, in which Giuffre accuses the Duke of York of sexually assaulting her as a teenager, has been unable to move forward.

The 38-year-old's team therefore decided to use the Hague Service Convention to ask the High Court to formally notify Andrew of the legal proceedings.

The court will now serve him the papers if Giuffre's lawyers are unable to.

The High Court said on Wednesday: "The lawyers acting for Ms Giuffre have now provided further information to the High Court, and the High Court has accepted the request for service under the Hague Service Convention.

"The legal process has not yet been served but the High Court will now take steps to serve under the convention, unless service is arranged by agreement between the parties." 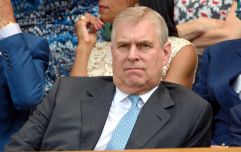 END_OF_DOCUMENT_TOKEN_TO_BE_REPLACED

Giuffre was one of a number of women who were victims at the hands of Jeffrey Epstein, and claims she was sexually assaulted by Prince Andrew at three locations. She was 17 at the time and a minor under US law.

Andrew has consistently denied the claims made against him by Giuffre, who went by the name of Virginia Roberts when she claims the abuse took place, and has not been charged with any crime.

popular
How did Brian Laundrie’s parents find his remains in a few hours?
‘Flesh-Eating’ STD spreading across the UK causing 'beefy red' sores
A definitive ranking of every swear word from worst to best
Here's how to see who's been taking screenshots of your Instagram Stories
Vin Diesel walked Paul Walker's daughter down the aisle
A Netflix horror film is so terrifying people can't finish watching it
Protesters gather outside Premier League HQ to call for an end to Saudi involvement in football
You may also like
Life
The Queen supports Black Lives Matter, Royal aide confirms
News
The Queen's secret funeral plans leaked for the first time ever
News
Prince William personally stepped in to get Afghan officer and family to UK
News
Prince Andrew to be served court papers in person over sexual assault claim
News
Ghislaine Maxwell prepared to give evidence in Prince Andrew sexual assault lawsuit
Next Page