When asked if the Royals support BLM, the Palace source said: “The answer is easily yes” 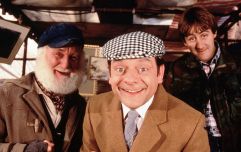 END_OF_DOCUMENT_TOKEN_TO_BE_REPLACED

Sir Ken Olisa said the issue of race had been widely discussed in the royal household during the last year.

Olisa, in an interview with Channel 4, said: “I have discussed with the royal household this whole issue of race particularly in the last 12 months since the George Floyd incident", adding that besides being a "hot topic [...] The question is what more can we do to bind society to remove these barriers.

Sir Ken went on to reassure that the family cares “passionately” about removing these racial “barriers” in the UK. His comments come just a few months after the UK's race report denied Britain had a problem with institutional racism, something the UN later  labelled "reprehensible".

The Royals also came under heavy fire earlier this year after Prince Harry and Meghan Markle's explosive Oprah interview called into question their position on race and mental health matters.

Sir Ken, 69, also revealed to Channel 4 that he had advised the Queen to visit Grenfell Tower after the tragic fire that killed 72 people in 2017.

“I remember thinking as it all happened, it was quite scary, we didn’t know whether she would be booed or have things thrown at her etc and when she got out of the car all these people applauded," he is quoted as saying.

As well as being a close aide to the Queen, Sir Ken Olisa OBE is a businessman, philanthropist, and the first British-born black man to serve as a Director of a FTSE-100 company, as well as the first black Lord-Lieutenant of Greater London.