We know what you're thinking - how do I know that name?

Fans across social media can't seem to get over how different Dan Bilzerian looks without his trademark beard - and they're making their opinions known online. 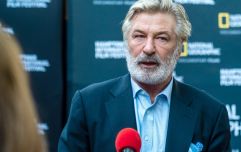 Alec Baldwin: 'Everybody who was there knows exactly who’s to blame' for Halyna Hutchins' death

END_OF_DOCUMENT_TOKEN_TO_BE_REPLACED

Bilzerian may be a name that primarily exists in the dark, forgotten, cobwebbed corridors of our brains for reasons none of his really know - but give him a quick Google and you'll realise that the former professional poker player, stuntman, businessman and social media influencer must be a big deal.

After all, the guy has 33m followers on Instagram.

Scroll through his profile and you'll see several variations of the same two themes: money and women.

END_OF_DOCUMENT_TOKEN_TO_BE_REPLACED

He's also pretty recognisable - mainly thanks to the fact that he's a big, muscly man with an undoubtedly impressive beard - but what if we told you that (brace yourself) he didn't always have that beard?

It's this fact that has blown people's minds.

So here it is: Dan Bilzerian sans-facial fuzz.

END_OF_DOCUMENT_TOKEN_TO_BE_REPLACED

That beard really is doing him a lot of favours, isn't it?

Of course, he's significantly younger in these pictures - but it still looks a little jarring.

You may be thinking that he reminds you of someone else, minus a beard. Well, one Twitter user may be able to help put your mind at ease.

Dan Bilzerian without a beard looks like Shrek when he was turned human pic.twitter.com/enXhIM0MxE

This is clearly a persona that the social media personality has decided to leave behind though.

Nowadays yachts, alcohol, cigars and extravagant wealth are all you'll see in a Bilzerian social media post - all with that monumental beard.

popular
Darius Danesh opened up about his health struggles before his tragic death aged 41
Incredible case of the only known individual whose parents were two different species
Elon Musk announces his intentions to buy Manchester United
Darius Danesh pictured with Gerard Butler before his death
TikTokers are utterly convinced there is a secret zombie apocalypse going on in China right now
Experts predict five billion people will die if a nuclear war erupts between Russia and the US
Pop Idol star Darius Danesh found dead aged 41
You may also like
Entertainment
People compare reaction to Tommy Lee's explicit post with the scrutiny Britney Spears is facing
News
Sympathy in short supply as Michael Gove gets stuck in airport chaos for 30 hours
Life
Viral TikTok baker explains why we've all been peeling bananas wrong
News
Prisoner subjected to 'three hours of pain' in possible longest recorded execution in US
Travel
Brits will be charged to enter Spain, Greece, France and Portugal
Next Page