He will not compete until 2031

An Olympic athlete has been served a 10-year ban after refusing to face an Israeli opponent at Tokyo 2020. 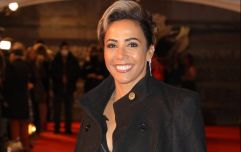 END_OF_DOCUMENT_TOKEN_TO_BE_REPLACED

Algeria's Fethi Nourine, 30, was due to face Sudan's Mohamed Abdalrasool on July 26 in Tokyo's men's 73kg class. The second round would have seen Nourine come face-to-face with Israel's Tohar Butbul but Nourine pulled out before he got the chance, citing his pro-Palestine views as the reason.

Now, The International Judo Federation (IJF) said that both Nourine and his coach Amar Benikhlef "used the Olympic Games as a platform for protest and promotion of political and religious propaganda.

END_OF_DOCUMENT_TOKEN_TO_BE_REPLACED

"Their behaviour falls within Article 50 of the Olympic Charter, prohibiting any 'kind of demonstration or political, religious or racial propaganda is (not) permitted in any Olympic sites, venues or other areas,'" reads a portion of their statement.

Nourine had previously withdrawn from the 2019 Championships in Tokyo due to his opponent being Israeli. As a pro-Palestine supporter, he told Algerian TV that he did not want to "get his hands dirty" and that his "decision was final".

END_OF_DOCUMENT_TOKEN_TO_BE_REPLACED

"We got an Israeli opponent and that’s why we had to retire. We made the right decision," said Nourine’s coach Amar Benikhlef.

But now the duo has been banned "from all events and activities organised or authorised by the International Judo Federation and its unions".

The ban is implemented with immediate effect and will remain in place until 2031, meaning neither of the men will compete in Paris 2024 and any other international competitions until that date.

popular
Furious Reading and Leeds ticketholders demand refunds as band replaces Rage Against The Machine
Robin Williams' wife shares reason why he killed himself
Disney star now has 12 hour orgies for a living
WizzAir flight makes scary 'lowest ever landing' at Greek airport - narrowly avoiding plane spotters
Groom shocks wedding by playing video of his bride cheating with her brother-in-law
OnlyFans model charged with stabbing her boyfriend to death attacked him in the lift months earlier, police say
Actor Anne Heche dies aged 53 a week after car crash
You may also like
Sport
Olympian Simone Biles mistaken for kid on plane - offered a colouring book by flight attendant
Sport
Team GB finally takes the gold at Winter Olympics
Sport
15-year-old Kamila Valieva lands historic quadruple jump at Winter Olympics
Sport
The story of Eddie the Eagle: From plastering to the piste
Sport
How to watch the big events at the Winter Olympics
Next Page