In the wake of weeks of violence, more than 58,000 Palestinians have been left homeless in Gaza and surrounding territories

As the Israel-Palestine conflict continues to rage on, with the death toll and total number of casualties reaching devastating numbers, the United Nations has confirmed that more than 58,000 Palestinians have been displaced from their homes.

END_OF_DOCUMENT_TOKEN_TO_BE_REPLACED

This comes as thousands of projectiles - estimated to be more than 3,000 spread across numerous airstrikes - have been dropped on the Gaza Strip and surrounding areas, destroying an untold number of buildings. Subsequently, tens of thousands have seen their homes destroyed or have been forced to flee in order to protect their families.

Accompanying their statement, a tweet from the UN's Coordination of Humanitarian Affairs (UNOCHA) department revealed that 42,000 have had to seek refuge in United Nations Relief and Works Agency (UNRWA) schools.

As hostilities continue for the seventh day in Gaza, the number of displaced people is increasing.

As of Monday, 58,000 Palestinians have fled their homes, and 42,000 of them have found refugee in UNRWA schools. 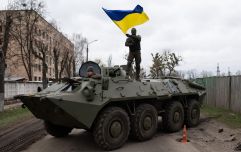 END_OF_DOCUMENT_TOKEN_TO_BE_REPLACED

The organisation itself is headquartered in Amman, Jordan but has 56 schools in Gaza alone, which are now full of Palestinian men, women and children. Gaza has seen the most devastation since violence first broke a few weeks ago, with tensions having risen throughout the month of Ramadan, but other territories have also seen several killed or injured.

Just yesterday, the UNOCHA provided an update on the numbers of fatalities that are continuing to rise, as well as how missile barrages have impacted the infrastructure and ability to receive aid in regions like Gaza.

END_OF_DOCUMENT_TOKEN_TO_BE_REPLACED

As the statement shared by ReliefWeb continues, Secretary-General Mark Lowcock reinforced added concerns regarding "the transmission of COVID-19 between vulnerable people huddled in crowded shelters and the inability of the health-care system to cope".

"Damage to vital infrastructure and insufficient fuel supplies have affected water, sanitation and hygiene services for hundreds of thousands of people. Electrical power shortages, and the damage to the Gaza Ministry of Health Central Laboratory, hinder healthcare provision at dozens of centres throughout Gaza," he added.

Israel's Prime Minister, Benjamin Netanyahu, has said that the airstrikes will not stop until there is "complete silence" in the area and reiterated that Israeli Defence Forces (IDF) will continue to use "full force", as the latest attack killed 42 people, including 16 women and 10 children.

IDF detachments have been gathering at the border for over a week and are now contributing to barrages, as tanks and long-range artillery can be seen firing projectiles toward the city, with the possibility of a further ground invasion also looming.

While it's thought that the US helped warn against this, reports yesterday also revealed that President Biden signed off on a $735m sale of guided missiles to Israel on May 5, less than a week before the conflict reached a fever pitch.