The story continues to unfold.

Earlier this week, Annabella Sciorra, who starred in the film The Hand That Rocks The Cradle as well as The Sopranos, claimed that she was raped by Harvey Weinstein in the 1990s. 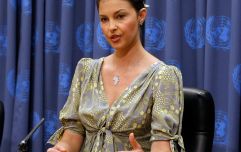 END_OF_DOCUMENT_TOKEN_TO_BE_REPLACED

This followed on from multiple women all claiming different levels of sexual harassment and/or assault at the hands of the famed Hollywood producer over a number of decades.

In the last few days, actress Paz De le Huerta has claimed that Weinstein raped her twice in 2010 in her own home, and following this allegation, the NYPD have begun to move towards an arrest of the producer.

NYPD says it is building a rape case against Harvey Weinstein, gathering evidence to seek an arrest warrant. https://t.co/F6DIbRy4c9 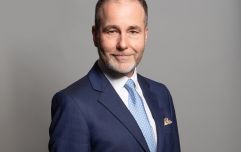 END_OF_DOCUMENT_TOKEN_TO_BE_REPLACED

NYPD spokeswoman Joan Vollero said that Manhattan District Attorney Cy Vance Jr. has assigned a senior sex crimes prosecutor to the case (via New York Daily News): "The office has been working with our partners in the NYPD since the new allegations came to light."

Since New York abandoned it's previous five-year statute of limitations for rape back in 2006, if the charges are pressed against Weinstein, he could now legitimately be prosecuted.

Speaking to Vanity Fair, lead investigator on the Weinstein case Detective Nicholas DiGaudio said: "I believe, based on my interviews with Paz, that from the New York Police Department standpoint we have enough to make an arrest."