A surprise revelation that caught everyone off guard

The head of Nike and former NBA executive, Larry Miller, has confessed to murdering someone when he was a teenager. 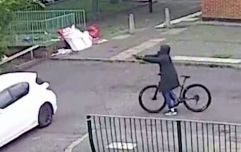 END_OF_DOCUMENT_TOKEN_TO_BE_REPLACED

The now 72-year-old sports executive, who is also chair for the Air Jordan brand, revealed the shocking story in a recent interview with Sports Illustrated. He explained how he sought revenge for his friend who was stabbed to death and subsequently shot a man to death whilst drunk.

Just 16 at the time, Miller - who was the team president for the Portland Trailblazers for five years - told the Sports Illustrated reporter how he ended up serving time in prison for the shooting Edward White, a member of the rival Cedar Avenue gang in Philadelphia. White himself was just 18 at the time.

The sport and fashion brand CEO went on to admit that he didn't even know who White was: he was simply the first person he saw and hadn't even done anything to provoke the attack. The fatal shooting happened on September 30 1965, with a .38-caliber gun in West Philadelphia, with Miller arrested soon after.

The details of this crime have been kept secret for more than 50 years but now Miller is choosing to reveal all in his upcoming book, Jump: My Secret Journey From the Streets to the Boardroom, which drops in 2022.

Reflecting on his dark past, Miller said: "We were all drunk. I was in a haze. Once it kind of set in, I was like, "Oh, s**t, what have I done?" It took years for me to understand the real impact of what I had done. That's what makes it even more difficult for me because it was for no reason at all.

After years of guilt, internal suffering, migraines and nightmares, Miller said he knew "it was eating me up inside" and though he wishes he could turn back time, "all I can do is try to do what I can to help other people and try to maybe prevent this from happening to someone else."