The plane carrying the Chapecoense team to Colombia is thought to have run out of fuel before it crashed, killing more than 70 passengers and crew.

The Associated Press reports that audio has been recovered in which the pilot urgently requested permission to land at Medellín airport, moments before the charter aircraft crashed into a mountainside in the Colombian city. 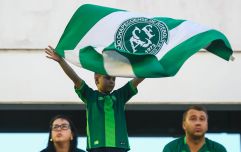 Barcelona will play a friendly against Chapecoense this summer

END_OF_DOCUMENT_TOKEN_TO_BE_REPLACED

According to AP, the recording - shared by multiple Colombian outlets - also sees the pilot mention a "total electrical failure", though no single cause has been given for the crash at the time of writing.

Colombian broadcaster Deportes RCN has published a report detailing the final recording before the plane crashed just eight miles from its destination. 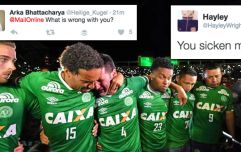 END_OF_DOCUMENT_TOKEN_TO_BE_REPLACED

Survivor Ximena Suarez, an airline employee from Bolivia, is quoted by Deportes RCN as saying that the lights went out on the plane moments before impact.

Just six people survived the crash, with one of them - Chapecoense goalkeeper Jakson Follmann - needing to have a leg amputated after the crash, which took place when the Brazilian club were travelling to Colombia for their Copa Sudamericana final meeting with Atlético Nacional.

Another Chapecoense player who was not on the flight, Nivaldo, announced his immediate retirement from professional football after losing friends and teammates in the disaster.