People are calling for Sunday night's Big Power Switch Off to become a weekly occurrence to protest against soaring energy bills, with a second edition already scheduled to take place this week. 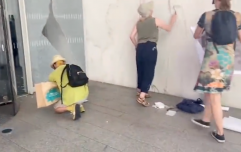 END_OF_DOCUMENT_TOKEN_TO_BE_REPLACED

At 10pm on Sunday (April 10), people across the country turned off all the devices in their home for 10 minutes, with some going as far as turning their whole fuse box off, in an attempt to send a message to the government and energy suppliers about their anger at rising energy bills.

At the start of this month, the energy price cap rose by 54 percent, meaning that the average household will spend around £700 more on energy bills in a year.

The thinking behind Sunday's blackout protest was that the drop in demand would hit energy companies financially, and that the subsequent surge when everyone switched their appliances back on would cause problems for the National Grid in managing demand.

Are you doing this ?

Tonight is the night of the big power-off. The idea is... 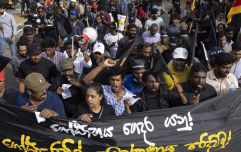 Thousands of protestors in Sri Lanka storm Presidential palace, with some using the pool

END_OF_DOCUMENT_TOKEN_TO_BE_REPLACED

Many decided to take part, and took to social media to share their experience and call for the switch off to become a regular occurrence.

One user claimed that the switch off had an impact and that next time it should happen at 8pm and 9pm.

Another outlined the financial implications the blackout protest could have for energy companies, saying that if all of EDF's UK customers took part for 10 minutes it would cost the supplier more than £1m.

They suggested it should be a daily thing.

Just took part in the #BigPowerOff. For those who didn't, I want you to know that keeping my electricity off for 10 mins just cost EDF 20p in lost revenue. If all of EDF's customers done the same tonight, they'd have lost over £1m in the space of 10 mins.

Can we make this daily?

A third claimed the protest had "dropped fossil fuel supply by 1%."

And a fourth shared a graph which appears to show a spike in energy demand at "around 22:13."

This is UK grid demand (time is BST). It does show a jump in demand at around 22:13 so perhaps that's people turning their electricity back on. pic.twitter.com/JzSdnIIRBU

So if you want to take part next time, it's pretty simple how to get involved: switch off your devices. You don't need to go as far as switching off your fuse box, but even just a few lights and screens could help make an impact.

Organiser Karen Brady has said that the next Big Power Switch Off is scheduled to take place at 7pm on Saturday April 16.

Next #BigPowerOff2 will be earlier at 7pm Saturday 16th April, just before Parliament arrives back from their holidays. RT & share on all social media platforms. Thanks to EVERYONE involved. Solidarity in numbers. Enough is enough! pic.twitter.com/6b1bcP6VJu