The mystery patient infected with the Brazilian variant of Covid-19 has finally been found in England, according to reports.

News that six people had been infected with the strain of coronavirus prompted a five day hunt to find the patient who brought the variant to the UK from Brazil. 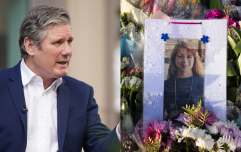 END_OF_DOCUMENT_TOKEN_TO_BE_REPLACED

Officials have since tracked down two people in the same household in Gloucester, one of whom has returned from Brazil in February, and a further three in Scotland.

But the remaining patient proved difficult to track down, after they didn't fill in their form properly.

But two officials have today told the Financial Times the final mystery patient has been found.

The Brazilian strain is much more transmissible than other strains, researchers have found.

The government faced criticism during his hunt for the sixth patient, with many highlighting the ineffectiveness of the current border controls, leaving the country exposed to dangerous strains of covid-19.

popular
PGMOL issue explanation after Cavani goal disallowed due to McTominay 'foul'
Jose Mourinho launches attack on Solskjaer in response to "conning" remark
A definitive ranking of every swear word from worst to best
BBC and ITV viewing figures plummeted during blanket coverage of Prince Philip
These are the only 6 ways you can ever leave the pub
Police called to Harry and Meghan’s home nine times in as many months
Brendan Rodgers condemns Leicester trio for breaking Covid regulations
You may also like
News
Nigel Farage criticised for attacking Harry and Meghan after Prince Philip death
News
The Queen's 'strength and stay': Remembering Prince Philip
News
Buckingham Palace ask people not to lay flowers as they pay respects to Prince Philip
News
BBC One suspends all non-news for the day after death of Prince Philip
News
William and Kate make change on social media in mark of respect for Prince Philip
Next Page