Myanmar actor arrested by 50 soldiers and social media taken down 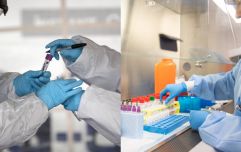 END_OF_DOCUMENT_TOKEN_TO_BE_REPLACED

Myanmar (historically referred to as Burma) is currently in the midst of a military coup at the hands of its commander-in-chief, Min Aung Hlaing. This insurrection has been going on since the 1st of February and those speaking out are now being targeted.

As well as ordinary civilians - around 600 of which, including children, have been killed during demonstrations - many celebrities have also joined protests, both online and in person. Paing Takhon, a model and actor with millions of fans across Myanmar and Thailand, is the latest to have been seized by the military.

As shared by Takhon's sister, Thi Thi Lwin, their mother's home in North Dagon, Yangon, was stormed by eight military trucks and as many as 50 soldiers last week, as they arrested the actor took him away.

Takhon is also believed to have been struggling both physically and mentally, leaving him in a weaker condition when the home was raided. An acquaintance said he has even been struggling to "stand or walk properly".

It has been reported that Takhon's Instagram, with more than a million followers, has also been taken down, as well as his Facebook. This comes as part of a crackdown on more than 120 celebrities, who have spoken out, either online or in-person, against the 'junta': a military group who seized power by force.

Security forces have recently arrested the country's best-known comedian, Zarganar, as well as a popular Myanmar beauty pageant winner, Han Lay, who spoke out against the coup at an event held in Thailand. As for Takhon, as well as having been an active member of public protests, he had been highly vocal online. After posting images of ousted civilian leader, Aung San Suu Kyi, he had this to say in a long social media statement: 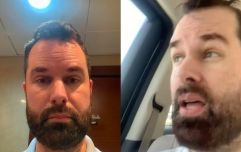 END_OF_DOCUMENT_TOKEN_TO_BE_REPLACED

Suu Kyi and her party, the National League for Democracy (NLD) won the last election in November 2020 by a landslide, However, her government was soon overthrown with both she and several members of her party now detained by the military force.

Myanmar's UK ambassador, Kyaw Zwar Minn, has even been exiled from the country after he too spoke out against the coup and called for Suu Kyi's release and reinstatement. He stated that “an ambassador is a diplomat. He therefore chooses the diplomatic path. The answer to the current crisis can only be at the negotiations table".

Nevertheless, any pro-democracy activities continue to be snuffed out by the military and the country continue to be censored and seized upon by the de-facto dictatorship.

popular
Man faces three years in jail in Dubai for legally smoking marijuana in his own country
A definitive ranking of every swear word from worst to best
Cop who pepper sprayed Black US army officer at traffic stop fired
Comedian learns Prince Philip died while mocking him onstage
The definitive ranking all 151 original Pokémon from worst to best
Prince Harry issues new statement after death of Prince Philip
PGMOL issue explanation after Cavani goal disallowed due to McTominay 'foul'
You may also like
News
Exercise instructor does aerobics class while military coup takes place behind her
Sport
COMMENT: Leeds United's tour of Myanmar is abhorrent and wrong, and history won't judge it kindly
News
UK could reach herd immunity by Monday, study claims
News
Prince Harry plans UK return for Prince Philip's funeral
News
BBC set up complaint form as viewers take issue with "too much" Prince Philip coverage
Next Page