Sunak maintains that people "should feel confident about the strength of our economy."

Money Saving Expert Martin Lewis has dubbed the cost of living crisis as the worst Brits have faced in 22 years, including the financial crash of 2007.

END_OF_DOCUMENT_TOKEN_TO_BE_REPLACED

Ahead of Wednesday's Spring Statement by Chancellor Rishi Sunak, Lewis has made a direct plea to the politician. Speaking on BBC's Sunday Morning, he said that the £693 rise in April would be "catastrophic" for Britain, as 10 million people are in fuel poverty.

“I am virtually out of tools to help people now,” says the Money Saving Expert

Martin Lewis says the UK is facing the worst cost of living crisis he has ever seen#Raworth https://t.co/PYeTp7O30G pic.twitter.com/foekmqPlph

Martin Lewis says Britain is facing an absolute, not relative, poverty crisis. He says: “I’m the Money Saving Expert. I’m out of tools to help people. Money management will not solve this. We need political intervention.”

Sunak is not expected to announce any new changes on Wednesday amid the rise in National Insurance, student loan thresholds being frozen and energy bills hiking by 54 per cent. 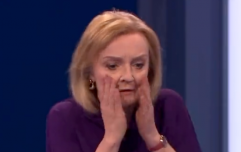 END_OF_DOCUMENT_TOKEN_TO_BE_REPLACED

But don't worry, Sunak maintains that people "should feel confident about the strength of our economy."

Speaking to Sky News' Sophy Ridge on March 20, Sunak said: "The fundamentals of our economy are really good because we've recovered well, because of the actions we've taken, but look, the outlook is uncertain... because of what's happening in Ukraine."

It’s impossible to contain my anger at the bull**** Chancellor Rishi Sunak was allowed to get away with today. So here are the REAL FACTS pic.twitter.com/GehKk1yJh9

Quizzed about action on fuel duty, Sunak whipped out the standard Tory response of: "Obviously I can't comment on specific things.