The Money Saving Expert has some salient advice, as always

Martin Lewis has taken to social media to give his latest advice regarding the energy price hike that is set to hit UK households in the pocket sooner than you think.

The Money Saving Expert posted the following video to his Twitter explaining how his advice has changed following the last increase in October when he warned people to do nothing and stick to their guns - until now.

Ps this also explains what you should be doing now too https://t.co/xTcv8YjVmi

Lewis is now advising UK households to avoid fixing their energy deal unless they can find a tariff that is no more than 50 per cent over the price cap, adding that he wouldn't be looking to lock in with anything beyond 40 per cent above the current price cap.

END_OF_DOCUMENT_TOKEN_TO_BE_REPLACED

Referring to Ofgem statistics, he estimated that the price cap is set to jump to approximately £1,925 by April 1 and that since October, the fixed rates have continued to increase, jumping from a best-case scenario of £1,580 in early October to £1,850 by the end of November.

As explained in the extensive 10-minute clip above, Lewis goes onto detail that while there were "no meaningfully cheaper tariffs" available back in October - with customers potentially having to pay a premium to fix on to them to begin with - locking in with the right deal now might be one way to avoid your energy bills absolutely sky-rocketing. 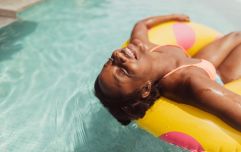 END_OF_DOCUMENT_TOKEN_TO_BE_REPLACED

The current energy price cap is set at £1,277 for those on a standard variable tariff but come February 7, the average cost of running your home's central heating and electrics is set to as much as double, with some people expected to shell out £2,000 or more a year from April onwards.

As always, Lewis added the caveat that his advice is based on "lots of assumptions" around what energy prices are going to look like come April and October 2022 (the months in which the cap is annually reviewed), adding that there could be yet another 20 per cent jump by the second review.

Looking back on his earlier advice, he reiterated that the best advice for most was still to do nothing but that in some "edge cases" people who "timed it absolutely right" may have struck a better deal, citing November 3 2021 as the ideal cut-off date.

He rounded out the video by stating that energy prices are going to be the least punitive in existing customer deals and may be worth fixing if you are "risk-averse" and want "price certainty" - provided they don't go beyond the roughly 40 per cent increase mark.

However, he made it apparent that there is still far too much uncertainty to give clear cut advice that will work for everyone - and even factors such as Britain's potential intervention with Russia and Ukraine could factor into what household bills look like.