We are through the looking glass

Goldsmiths LGBTQ+ society has been suspended and disaffiliated from the Students' Union after tweeting an extensive thread defending the use of gulags for "reeducation."

END_OF_DOCUMENT_TOKEN_TO_BE_REPLACED

A member of the society with access to its Twitter account spent Monday September 10 attacking "T*rfs" (Trans-exclusionary radical feminists), before arguing that gulags have been mischaracterised as a result of CIA propaganda, sending bigots to them is "compassionate" and that the Soviet penal system was, in actual fact, "rehabillitary [sic]."

A Trans-exclusionary radical feminist is a person who does not accept a trans-woman is a woman.

The Twitter account posted these views in the "mini-thread" transcribed and screenshotted below, since the society's webpage has been taken down and tweets made protected:

"So… first of all,the USSR no longer exists, therefore “gulags” no longer exist. May as well make a case against orientalism but USSR =/= Russia. Russia is NOT governed by a communist party. Got that? Okay, good.

So… gulags. First myth to debunk: “u work until u die in gulags!!!!”. The Soviets did away with life sentences and the longest sentence was 10 years. Capital punishment was reserved for the most heinous, serious crimes.

Much like wider Soviet society, everyone who was *able* to work did so at a wage proportionate to those who weren’t incarcerated and, as they gained skills, were able to move up the ranks and work under less supervision.

There’s so much more to add but the reality is none of you actually care to learn about gulags. You don’t care about what fascism actually is and how it fuelled by anti-communist, orientalist myths and lies propagated by the CIA.

Long story short, friends, the ideas of TERFs and anti trans bigots literally *kill* and must be eradicated through reeducation. Science must be decolonised and de-essentialised in order for this to happen. #noterfsonourterf

Final note: If your sources are written by fascists or supported by the US State Department, they’re probably pretty trash sources. Good night and remember – #NoTerfsOnOurTurf" 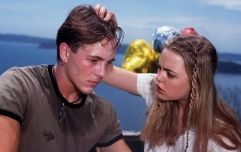 END_OF_DOCUMENT_TOKEN_TO_BE_REPLACED

Goldsmiths Students' Union (SU) has launched an investigation into the "offensive material."

A spokesperson for the SU told JOE: "We condemn the abhorrent content of the tweets and they are in complete opposition to the views and values of the Students’ Union.

"The Society have broken multiple Union policies and procedures, including failing to adhere to our code of conduct, and we have issued multiple requests for the group to delete the tweets.

"Societies are autonomous groups that operate with support of the Students’ Union, governed by our policies and procedures, but their views and behaviour is led by independent groups of students."

popular
Here's how to see who's been taking screenshots of your Instagram Stories
A definitive ranking of every swear word from worst to best
Graphic WAP sign language interpreter is better than the actual song
This is how Team GB is doing at Tokyo compared to Rio and London
Tokyo 2020: Footballer guaranteed to be first trans and non-binary athlete to win Olympic medal
IOC rules for transgender athletes in Olympics to be changed after Tokyo, officials say
Vicar sews his own mouth shut in protest of Rupert Murdoch
You may also like
Sport
Ajax announce the death of youth player Noah Gesser, aged 16
Sport
Everton make statement as player suspended pending police investigation
News
Police officer pleads guilty to murder of Sarah Everard
True Crime
UK's 'most dangerous prisoner' imprisoned alone in underground glass box
Politics
'I made Tommy Robinson go viral, will you forgive me?'
Next Page