Jeremy Corbyn will call on MPs to declare a climate emergency today, declaring a "historic duty" to take action before it's too late.

A wave of protests by Extinction Rebellion that shut down several major London locations caused a groundswell of support for the group, both in terms of volunteers and donations.

The Labour leader will use today's opposition day debate to issue the demand and also advocate for a green industrial revolution, Michael Gove will respond for the government.

Both met 16-year-old Greta Thunberg, figurehead of the youth climate strike movement, during her visit to London last week.


Labour released sections of Corbyn's speech in advance, which will call for immediate action to deal with rising temperatures and loss of wildlife. He will say: "Today this house must declare an environment and climate emergency. 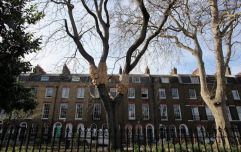 Let's talk about Islington: The tiny borough that everyone derides

END_OF_DOCUMENT_TOKEN_TO_BE_REPLACED

"We have no time to waste. We are living in a climate crisis that will spiral dangerously out of control unless we take rapid and dramatic action now.

"I was deeply moved a few weeks ago to see the streets outside this parliament filled with colour and noise by children on strike from school chanting, 'Our planet, our future.'

"For someone of my generation, it was inspiring but also humbling that children felt they had to leave school to teach the adults a lesson. The truth is, they are ahead of the politicians on this, the most important issue of our times.

"The impetus has always come from outside, from social movements and communities, while Westminster is often the last place to understand it. Let’s not repeat that pattern. Let’s respond to the younger generation, who are raising the alarm.

"By declaring a climate emergency, we could set off a wave of action from parliaments and governments around the world. It’s a chance that won’t be available to succeeding generations. It is our historic duty to take it."

You may also like
Politics
PMQs: Boris Johnson and Jeremy Corbyn clash over coronavirus and Priti Patel bullying allegations
Politics
Labour leadership: Who is Rebecca Long-Bailey?
Politics
Who will win the ideological battle for the Labour party?
News
Rory Stewart on lessons from the 2019 general election
Politics
Drillminister has a warning for our new prime minister
Next Page