The TikTok star alleges Paul grabbed her by the face, before forcing her to perform oral sex on him. She also alleged that he touched her inappropriately without her consent.

Paradise, 24, made the allegations on a YouTube video, which was posted on her channel on 9 April.

She warns viewers of the content of her video in the caption, entitled: "TRIGGER WARNING: Jake Paul Sexually Assaulted Me."

Paul has not yet responded publicly to the allegation.

In the 20-minute-long video, Paradise, who has more than 10,500 subscribers to her Youtube channel, said that she waited years to speak publicly about the alleged assault as she signed a non-disclosure agreement, which was reportedly required of any guests who went to Paul's house.

The TikTok star said that she first met Paul in June 2019, after being invited to his house by a mutual friend.

Paradise said that on a particular day that summer, Paul allegedly pulled her into the corner of his studio and started kissing her, which she said she was fine with as she "did think he was cute". 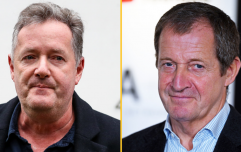 END_OF_DOCUMENT_TOKEN_TO_BE_REPLACED

The YouTuber then allegedly led Paradise to his bedroom, where they started to kiss until "he took it to his bed."

According to Paradise, Paul proceeded to put his hands in places that she was not happy with. She claimed she moved his hands away, which allegedly prompted Paul to question: "If nothing’s going to happen, what’s the point?"

In the Youtube video, Paradise said: "Sex is very special and very important to me. Normally, everybody respects me when I don't want to do sexual things, so I thought that it was fine if I went in his room. I thought it would be fine to kiss him, because I thought he would stop if I didn't want to do anything else."

Paradise alleged that Paul then forced her to perform oral sex on him.

She said: "He didn't ask for consent or anything."

"That's not okay. On no level at all is that okay," she added.

popular
Eddie Hearn: Billy Joe Saunders will be out for a 'long, long time' after injuring eye
This Billy Joe Saunders fan is probably regretting his choice of tattoo
The JOE Friday Pub Quiz: Week 242
Piers Morgan hits out at decision to replace him with Alastair Campbell on Good Morning Britain
Andy Burnham says 'Labour should get in touch if they need me' after election result
A definitive ranking of every swear word from worst to best
The hardest Marvel Cinematic Universe quiz you'll ever take
You may also like
Sport
Conor McGregor calls Floyd Mayweather ‘embarrassing’ for punching Jake Paul
Sport
Jake Paul gets new tattoo mocking Floyd Mayweather after brawl at press conference
News
Floyd Mayweather gives Jake Paul a 'black eye' after pair come to blows
Sport
Floyd Mayweather and Logan Paul fight confirmed for June 6
Sport
Daniel Cormier clashes with Jake Paul during UFC 261 broadcast
Next Page