Jack Grealish appeared to use a car as a decoy to escape the attention of the waiting press pack outside Birmingham Magistrates' Court on Tuesday morning.

END_OF_DOCUMENT_TOKEN_TO_BE_REPLACED

The Aston Villa captain was due in court for sentencing after pleading guilty to two counts of driving without due care and attention earlier this month. He was hit with a hefty £82,000 fine and a nine-month driving ban.

Ahead of his arrival, a small crowd of reporters and photographers had gathered outside the entrance to the building.

As footage posted on Twitter shows, a black Range Rover with blacked-out windows slows down outside the entrance, coming to a halt in front of the media. Assuming this is the footballer, the small crowd approach the vehicle, only for Grealish to appear from the right of the shot, escorted into the building by a man.

He doesn't go completely unnoticed, but the Range Rover appears diverts attention away from him for long enough to allow him to make a relatively hassle-free entry to the building.

Jack Grealish’s motor used as a distraction as he arrived at court on foot from down the road. Almost worked as well... pic.twitter.com/NVv55xao3h

Grealish was charged in relation to two separate incidents of careless driving which took place earlier this year. 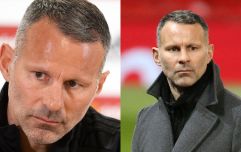 END_OF_DOCUMENT_TOKEN_TO_BE_REPLACED

The first took place on March 29, during the first national lockdown, when his Range Rover was involved in an accident in  Dickens Heath near Solihull.

A second incident took place near Villa's training ground on October 18 and was revealed by court documents released before the hearing at Birmingham Magistrates' Court.

The 25-year-old did not appear in court for the earlier hearing, entering his guilty plea via his lawyer.