The annual cull, known as 'Grindadráp', is the only ancient whaling tradition that remains legally active in the world

Thousands of dolphins have been killed in the Faroe Islands, making it one of the largest mass slaughters in recent history. 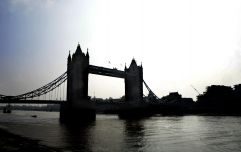 Torso found in Thames could have been result of ritualistic killing, cops say in fresh appeal

END_OF_DOCUMENT_TOKEN_TO_BE_REPLACED

Islanders usually kill around 1,000 animals each year and last year only 35 white-sided dolphins were killed - however, this year it is estimated that they killed around 40 times that amount.

The annual hunt on the self-governing archipelago, known as 'Grindadráp' or simply 'Grind' in Faroese, sees a variety of species of whale herded into a bay by local boats before having their spinal cords brutally severed.

Pilot whales, bottlenose dolphins, white-beaked dolphins and harbour porpoises are all able to be hunted each year according to Faroese Law. The images are extremely graphic.

This year's hunt took place this past Sunday, September 12, and reportedly saw approximately 1,428 dolphins killed in the bay of the Skálafjörður, which is located along the biggest fjord in the territory.

Marine conservation charity, Sea Shepherd UK, has been campaigning against the routine massacre for many years. Chief Operating Officer, Rob Read, estimates this is not only the largest single hunt in the Faroe Islands but anywhere in the world.

He said: "This killing is of a whole other scale entirely - it is mind-blowingly unprecedented. There is no need for the meat in Faroe Islands nowadays and it shouldn't be happening, never mind in these numbers.

"There were too many to kill humanely, if that's even possible. These days it is little more than sport, using tradition as justification, and that's why we campaign against it." 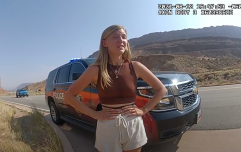 END_OF_DOCUMENT_TOKEN_TO_BE_REPLACED

The Faroes are part of the kingdom of Denmark and are just 230 miles northwest of mainland Scotland. The ancient whaling tradition has been going since the ninth century when the culture relied on heavy fishing and farming of the population. Similar hunts are known to take place in Peru, Japan and the Solomon Islands.

Entire pods of dolphins and whales are forced up onto a beach before being killed, possibly wiping out an entire genetic group; as Read says: "In these killings, no animal is spared - adults, calves, and even pregnant mothers" - but these days not every part of the animal is used and some are even wasted.