Not such a happy meal!

A video showing a soft-drink machine at a McDonald's restaurant in London has caused quite a stir - because it shows worms in the drain. 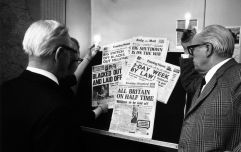 END_OF_DOCUMENT_TOKEN_TO_BE_REPLACED

The video was posted on TikTok earlier this week by a user named @mcoldkentroad, who claimed to be an employee at the restaurant, and went viral before being removed. However, parts of it are continuing to circulate.

The video suggested the worms were maggots but a spokesperson for McDonald's later clarified they were earthworms.

As first reported by MyLondon, McDonald's said they immediately closed the drinks station, and a deep clean was carried out.

A spokesperson told JOE: "We take cleanliness and hygiene extremely seriously. Unfortunately, a number of weeks ago we were made aware of an issue in the drain serving the drinks station at our Old Kent Road restaurant.

"We immediately closed the drinks station and our hygiene team identified the cause of the issue which was fixed before a deep clean was carried out.

"The area was inspected by external specialists and no drinks were served to customers until we were sure that the issue was fully resolved.” 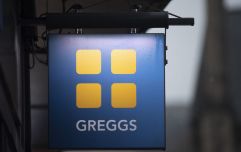 END_OF_DOCUMENT_TOKEN_TO_BE_REPLACED

McDonald's added that specialists confirmed it was an "isolated incident, not an infestation".

The initial video clocked up over 400,000 views and prompted disgust from some TikTok users.

One said they eat at the restaurant "at least once a week" to which @McOldKentRoad replied "don't".

In a stitch of the video, another TikTok user said they had been "put off now", while someone else simply wrote: "No thanks".

popular
Robin Williams' wife shares reason why he killed himself
‘Time traveller from 2090’ warns humans of worst event in history in coming days
Groom shocks wedding by playing video of his bride cheating with her brother-in-law
Map shows UK covered in yellow as Met Office warns of 'scary' heatwave
Woman arrested after husband caught her on video allegedly using drain cleaner to poison him
Fans shocked by Tommy Lee's extremely X-rated post on Instagram
Two British men raped in Spain after being 'drugged while out on night out'
You may also like
Sport
Inside the UK's biggest sports bar - set to open ahead of 2022 World Cup
News
Watch: Graduation ceremony erupts after student dances onto stage and jumps into the splits
News
Man wakes up after night on sleeper service to discover his train never left the platform
Life
Woman lay dead in flat for over two years but landlord 'cut off gas and kept taking rent', inquest heard
News
Top 10 areas in England where you’re most likely to catch an STI ranked
Next Page