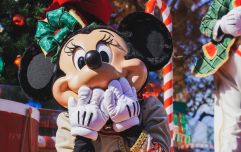 END_OF_DOCUMENT_TOKEN_TO_BE_REPLACED

Robert Crimo, the man who police suspect killed and injured multiple people at an Independence Day parade in the US on Monday, is also a seemingly-successful rapper who goes by the name 'Awake'.

The mass shooting on July 4 left six people dead and over 30 injured after a gunman opened fire on a rooftop near an Independence Day parade in Illinois. Hours later, police announced they had arrested Robert E Crimo after a lengthy manhunt.

#BREAKING: just got this from a source showing the arrest happening about 45 mins ago.

That’s Robert Crimo face down on Hwy 41, after he was spotted by a North Chicago officer. #HighlandPark @WGNNews pic.twitter.com/lIpyaCyL16 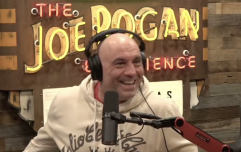 END_OF_DOCUMENT_TOKEN_TO_BE_REPLACED

According to the MailOnline, Crimo had also posted music videos online which include a drawing of himself shooting people, as well as a clip of himself throwing bullets on the floor of a classroom while wearing armour.

Law enforcement works the scene after a mass shooting after the Highland Park shooting (Photo: Getty) 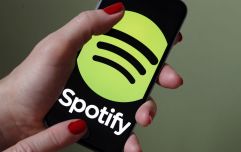 END_OF_DOCUMENT_TOKEN_TO_BE_REPLACED

Police said the suspect was "known to law enforcement" but it is not known if this is due to his chilling content, which has since been taken down.

Nicolas Toledo, a 78-year-old grandfather, and Jacki Sundheim, a synagogue teacher and married mother-of-one, are the only Highland Park shooting victims who have been named so far.

Sundheim's nephew, Luke Sundheim, said he was enjoying another July 4 parade with his family when he got "a phone call that I hope none of you ever receive."

He wrote on Facebook that Jacki was "one of the kindest people you’d ever meet," adding: "I love America, but this can not keep happening to innocent loving people."

Another shot from the Highland Park mass shooting.

Hadn’t seen this clip on here.
Sounds like nearly 60 shots fired in this one alone. pic.twitter.com/X66gqEiGHD

About 26 of those who were injured were sent to the NorthShore University Health Centre. They were aged between eight to 85 and all but one had gunshot wounds, the hospital’s medical director of emergency preparedness, Dr Brigham Temple said.

Crimo was reportedly traced by authorities who took a DNA sample from the rifle found at the scene, NBC 5 reports.

Halfway through the year and a total of 309 mass shootings have occurred in the US, in which four or more people, excluding the shooter, were shot or killed.

popular
Multiple fatalities after planes collide mid-air over airport
Former Playboy Bunnies detail what it was like having unprotected orgies with Hugh Hefner
Pilots fly over destination airport at 37,000 feet - because they were both sleeping
Incredible case of the only known individual whose parents were two different species
Man plunges to his death after drawbridge opens as he was crossing it
Gerard Butler breaks silence after death of 'brother in arms' Darius Danesh
'I was close to calling in' - Jurgen Klopp hits back at Gabby Agbonlahor over Man United comments
You may also like
Entertainment
Stranger Things: Spotify will choose which song would save you from Vecna
Tech
Monkeys given their own versions of Netflix and Spotify to see what happened
Entertainment
Joe Rogan claims he gained two million subscribers amid attempts to remove his podcast from Spotify
Sport
Barcelona sell naming rights to Camp Nou in Spotify sponsorship deal
Entertainment
Neil Young encourages Spotify employees to quit and save their souls
Next Page