Over 30 people were injured

The man suspected of open firing at a fourth of July parade in Chicago has been arrested after attempting to flee a traffic stop following the massacre.

ON MONDAY, Robert E Crimo III allegedly used a high-powered rifle to gun down celebrating Americans during a parade in Chicago, Illinois.

Another shot from the Highland Park mass shooting.

Hadn’t seen this clip on here.
Sounds like nearly 60 shots fired in this one alone. pic.twitter.com/X66gqEiGHD

"This morning at 10.14 our community was terrorised by an act of violence that has shaken us to our core," explained Highland Park mayor Nancy Rotering. "Our hearts go out to the families of the victims at this devastating time." 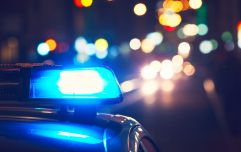 END_OF_DOCUMENT_TOKEN_TO_BE_REPLACED

She added: "On a day that we came together to celebrate community and freedom, we are instead mourning the tragic loss of life and struggling with the terror that was brought upon us."

Among the deceased was 76-year-old Nicolas Toledo, whose family insisted he come to the parade.

"We were all in shock," his granddaughter Xochil Toledo said, according to Sky News. "We thought it was part of the parade." 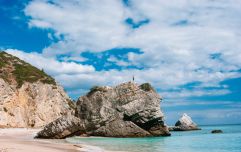 END_OF_DOCUMENT_TOKEN_TO_BE_REPLACED

The governor of Illinois, J B Pritzker, doubled down on gun reform during his impassioned speech.

"It is devastating that a celebration of America was ripped apart by our uniquely American plague," he said. "I'm furious because it does not have to be this way... while we celebrate the Fourth of July just once a year, mass shootings have become a weekly - yes, weekly - American tradition."

Hearing of loss of life and others injured. My condolences to the family and loved ones; my prayers for the injured and for my community; and my commitment to do everything I can to make our children, our towns, our nation safer. Enough is enough!

Meanwhile, Congressman Brad Schneider tweeted: "Today a shooter struck in Highland Park during the Independence Day parade. My campaign team and I were gathering at the start of the parade when the shooting started. My team and I are safe and secure. We are monitoring the situation closely and in touch with the Mayor.

"My condolences to the family and loved ones; my prayers for the injured and for my community; and my commitment to do everything I can to make our children, our towns, our nation safer. Enough is enough!"