The findings also differed for male and female drinkers

Heavy drinkers may not actually have it all wrong, as their habit could be key to staying happy and healthy in later life, a new study suggests. 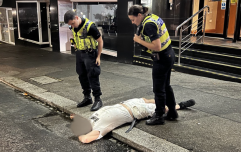 END_OF_DOCUMENT_TOKEN_TO_BE_REPLACED

A German hospital questioned 628 adults about their mood and quality of life, before comparing this information with the amount of alcohol they drank. All the people questioned were aged 60 and above, with an overall average age of 72, and were attending the hospital for routine surgery, The Times reports.

The participants were monitored over six months - answering questionnaires before their routine operations and again at a follow-up appointment.

A third of the people questioned were put in the drinking "potentially unhealthy" quantities category, which meant drinking at least four nights a week, or regularly drinking the equivalent of two bottles of wine in one day.

But it just so happens that this group of drinkers were slimmer, happier and more mobile than those who drank less or were teetotal. 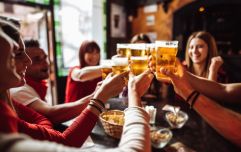 END_OF_DOCUMENT_TOKEN_TO_BE_REPLACED

Vera Guttenthaler, the study’s author, said: "One explanation may be that higher alcohol consumption may lead to elevated mood, enhanced sociability and reduced stress.

"The results may lead to the conclusion that alcohol consumption [...] might support older patients to experience a better quality of life before and after elective surgery."

While heavy drinkers might be pleased to hear about the new findings, British experts have warned that the study was observational - meaning cause and effect could not be determined.

Dr Tony Rao, a consultant old-age psychiatrist at King’s College London, said: "Higher self-reported quality of life may be the cause of unhealthy alcohol use because those in this group can not only socialise more to drink greater amounts but may also be generally healthier and able to drink at these levels without consequent harmful effects on health and wellbeing."

Professor Kevin McConway, from the Open University, also said: "People who have a better quality of life in their later years might possibly be more likely to use alcohol, perhaps because they are in rather better health to begin with, or have a different kind of social life."

The study even showed a difference between women and men who drank. Women who drank "potentially unhealthy" levels of alcohol reported a better quality of life throughout the study. All men reported similar levels at the start regardless of how much they drank, but after surgery, the heavy drinkers had "significantly higher" scores for health and wellbeing.

Dr Maria Wittmann, a co-author, said that it was "an exciting topic for further studies" but warned the link may not be causal, adding: "Only a tendency in the relationship of alcohol consumption and quality of life could be assumed."