The jury of the Derek Chauvin trial has been shown footage from the body-cams of the four officers involved in Floyd's arrest. In the footage, a visibly distressed Floyd can be seen begging the officers not to shoot him, and pleading with them, saying "I'm not a bad guy." 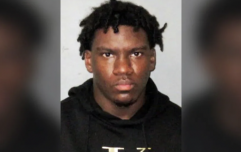 END_OF_DOCUMENT_TOKEN_TO_BE_REPLACED

The footage from the body cameras of officers Thomas Lane, J Alexander Kueng and Tou Thao has been shown to the court as part of Chauvin's trial. Chauvin stands accused of charges of murder and manslaughter of George Floyd, who died in May last year after Chauvin knelt on his neck for over nine minutes.

Floyd was arrested for trying to use a fake $20 note. In the harrowing footage, he says to the officers "Please don't shoot me, please, man. Please, man, I didn't know," before being told by an officer to "stop resisting." Floyd can also be heard telling officers he "will do anything you tell me to."

The footage went on to show the moment that Floyd was knelt on by Chauvin, as he says repeatedly "I love you mama" and "I can't breathe."

Chauvin, who has been fired from the police, faces three charges of second and third degree murder and second degree manslaughter. He denies all the charges, with his defence lawyers arguing that Floyd's death was not caused by Chauvin's actions but instead by illegal drug use, and pre-existing health conditions that Floyd had.

Witnesses also took the stand on Wednesday. Shop employee Christopher Martin, 19, interacted with Floyd in the store, describing him as "friendly and approachable" and that he "appeared to be high." Mr Martin said that he considered not reporting the counterfeit bill but eventually told his boss, adding that Floyd "didn't appear to know it was a fake note."

He described his feelings of "disbelief and guilt" surrounding the incident.

Meanwhile another witness of the arrest, Charles McMillian, 61, said he felt "helpless" watching the arrest. Mr McMillian can be heard on the bodycam footage telling Chauvin: "Your knee on his neck, that's wrong man."

As he watched the body-cam footage, McMillian became visibly emotional and began sobbing.

A court has been shown new police bodycam footage of George Floyd pleading with officers during his arrest, saying: "I'm not a bad guy."

The video comes as the murder trial of ex-officer Derek Chauvin - who had his knee on Mr Floyd’s neck for more than nine minutes - continues.

This is only the third day of the trial, which is expected to last a month. If Chauvin is found guilty of the charges then he could be jailed for decades. 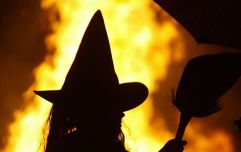 END_OF_DOCUMENT_TOKEN_TO_BE_REPLACED

But the ramifications of this case go far wider than the outcome for the individuals involved. Floyd's death sparked outrage across the US and the globe, with mass demonstrations taking place against police brutality and racial issues in cities across the world.

The outcome of this trial will be a hugely significant moment in the history of race discussions and relations in the US, no matter what the outcome is.

popular
Line of Duty stars reprise roles to slam Boris Johnson in brutal AC-12 interview
Referee who made AC Milan mistake was 'in tears' and 'state of shock' after the game
Prince Andrew's servants 'ordered to arrange teddy bears on bed every night'
Drivers will need to give cyclists priority on the roads from next week
Impotent man's partner accidentally sprays insulation foam inside penis during sex
Mystery thumb uncovered in original uncropped version of Prince Andrew pic
Taliban announces national suicide bomber battalion
You may also like
Crime
Man allegedly lied about SpaceX job then dismembered parents when they found out
News
Capitol Hill rioter asks judge for permission to use his social media to find him a date
Coronavirus
CDC cuts isolation time in half from 10 days to 5 in US
News
Woman handed $500,000 bill for premature birth
News
Missing student found alive in man's basement after five days missing following 'unusual' text
Next Page