Locals are now urging the government to implement surge testing in the area.

The recent G7 summit that took place in Cornwall looks like it was a superspreader event, with several areas in the region seeing an alarming increase in Covid cases.

END_OF_DOCUMENT_TOKEN_TO_BE_REPLACED

The i reports that business leaders, politicians and residents are calling on the government to "save the summer" following the surge in infections that have come about after world leaders, their staff, media and thousands of security workers descended on Cornwall for the summit.

Some areas where G7 events took place have seen case numbers rise by more than 2,000% in the week leading up to the end of the summit.

The summit took place around Carbis Bay and Falmouth, with these areas now reporting some of the highest infection rates in the country.

But in the areas where G7 events were focused, the increase is even more alarming. 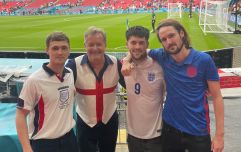 END_OF_DOCUMENT_TOKEN_TO_BE_REPLACED

Only two council wards in the country currently have a higher infection rate than St Ives.

There are now calls for surge testing to be implemented in these high case areas to fight the rise in infection, and for additional vaccines to immunise young people.

Kim Conchie, chief executive of the Cornwall Chamber of Commerce, said: "The largely unvaccinated young staff in our hospitality businesses are catching the Delta variant and they and their colleagues are having to isolate as a result. This is closing down pubs, bars and hotels at a frightening rate.

"We need surge testing, and if the Government wants to save the staycation, not only in Cornwall, but across all the holiday destinations in the UK, then perhaps it should look at providing extra doses in places like Cornwall to ensure the hospitality sector isn't being forced to close due to staff shortages caused by Covid infections."

However, a spokesman for the Cornwall Council said: "Cornwall Council’s public health team are working with a large number of partners in all areas where we are seeing a rise in cases to promote twice weekly testing and the importance of having both doses of the vaccine. 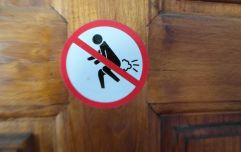 Covid could be spread through flatulence, say ministers

END_OF_DOCUMENT_TOKEN_TO_BE_REPLACED

"We are working with Public Health England and are monitoring the situation and will consider all possible actions as the situation evolves. At this stage it is not clear how surge testing will help."

The council have said that there "is no evidence to connect the rise in case numbers to the G7 summit."

But Bernard Deacon, a retired social scientist lecturer at Exeter University and local resident in Redruth, said: "The council needs to employ some map readers. Haven't they seen the figures? Why is it that St Ives has had this huge rise and Penzance, just eight miles away hasn't? If it's not G7 then what is it?

"It looks like it is a super-spreader event to me, and now it's spreading out from St Ives and Falmouth into the rest of West Cornwall."

popular
Alex Scott hits back at Brexiteer Lord who complained about how she speaks
The JOE Friday Pub Quiz: Week 254
DaBaby disappears from Parklife festival lineup after on-stage homophobic rant
Doctor says never take paracetamol to treat a hangover and reveals what to take instead
Nigerian sprinter Blessing Okagbare out of Olympics after failed drugs test
Australian swim coach Dean Boxall produces another wild celebration
YouTuber Albert Dyrlund falls to his death from mountain while filming video
You may also like
News
Italy set to impose 'green pass' restrictions on unvaccinated
News
Covid-positive man boards flight disguised as wife
News
Nine in ten 30-year-olds in UK have Covid antibodies
News
Over 600,000 people pinged by the Covid app in a week
News
Shoppers 'could face empty shelves in 48 hours amid pingdemic', PM warned
Next Page