Every now and then you stumble across a story that truly inspires.

That undoubtedly is the case with former Sundanese child soldier Deng Thiak Adut, who lived in a car as he taught himself to read and eventually qualified as a lawyer. 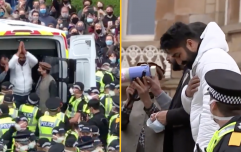 END_OF_DOCUMENT_TOKEN_TO_BE_REPLACED

The 33-year-old now dedicates his time helping refugees in Australia and has become an outspoke advocate against racism in the country.

Deng's childhood was torn away from him soon after Sudan began to sink into a vicious civil war in 1985. Two years later six-year-old Deng was forced to leave his family's banana farm in South Sudan and conscripted into the army.

Over the next several years he witnessed numerous horrors and atrocities, was tortured by his officers and shot in the back while running through a village aged just 12.

Speaking in an interview with ABC, he said: “It was horror. Seeing people dying. Seeing kids dying. People dying from thirst. People being shot on the way.

“I have nightmares every night. There is no night where I would just wake up happily, just like a normal person, no. So my day gets better the day I decide to make it better.” 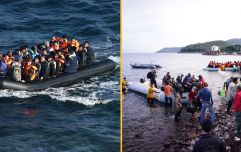 END_OF_DOCUMENT_TOKEN_TO_BE_REPLACED

Deng was able to escape the nightmare after a chance meeting led to reuniting with his brother, who helped smuggle him out of the country.

He hid in a corn sack on the back of a truck to get to Kenya where the UN gave them refugee status. The two brothers then befriended an Australian family and eventually arrived in the country as refugees in 1998.

From there Deng taught himself to read at the age of 15 and did everything he could to get by and focus on his education. He worked countless hard and odd jobs and even lived in his car as he learned English.

Reflecting on the period, Deng said: “I can count thousands of jobs that I did. Literary I mean thousands of jobs, I’d do a day here, do a day there. I made concrete, I made carpets, I made doors and windows, I caught chickens - live chickens in Newcastle, I worked in a meat factory, I’ve done everything”.

Deng first completed an Advanced Diploma in Accounting before deciding to study law. In 2005 he enrolled in a Bachelor of Laws at Western Sydney University and became the first person in his family to graduate with a law degree. 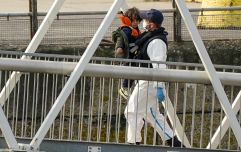 END_OF_DOCUMENT_TOKEN_TO_BE_REPLACED

He now runs a law firm in Blacktown, New South Wales, and often represents members of the area’s Sudanese community.

His incredible story first came to prominence when his university, Western Sydney University, released a video about Deng’s life story.

This week he was also recognised as he was named the 2017 New South Wales Australian of the Year.

"I've lost 17 other members of my family when the war broke out in 2013, I could be dead like them, that is what it means.

"I have a lot on my shoulders.”

Sadly, along his incredible journey Deng has faced ignorance and bigotry.

When asked in the ABC interview if he’d experienced racism in Australia, he replied: “Personally, a lot. And what is the solution? I think on an individual level it’s my decision how to deal with it. And the one who is racist to me, I don’t care about them.

“I don’t have time to waste with them, I’ve spent so much time fighting war, why should I fight the rubbish coming out of people’s mouths that has no meaning to me. I don’t want to be involved in another conflict. My conflict is over. I try to work on me and myself and try to work on helping other people.”

The guy is an absolute inspiration.

popular
This is how Team GB is doing at Tokyo compared to Rio and London
Met Office issue exact date for upcoming August heatwave
What are the dark circles on swimmers' backs at Tokyo Olympics?
Petition against trans weightlifter Laurel Hubbard competing in Olympics pulled for 'hate speech'
Rio Ferdinand hints at double standards in treatment of Harry Kane & Paul Pogba
First trans Olympian Laurel Hubbard given ovation after first-round knock out
A ranking of 9 of the best new football shirts for the 2021/22 season
You may also like
News
Priti Patel planning to dump 300 asylum seekers in 'prison camp' with no mains water
Politics
The child refugee separated from his only living family member
Entertainment
Unfiltered with James O'Brien | Episode 23: Lord Alf Dubs
News
'I was lucky that countries took me in' - Asmir Begovic on the need for compassion for refugees
News
Today's Daily Mail front page is possibly the most Mail front page ever
Next Page