The prospect of minimum prices for alcohol being introduced in Scotland has hit a roadblock.

An EU court has ruled that such a move - which had been floated north of the border - would be in breach of European law. 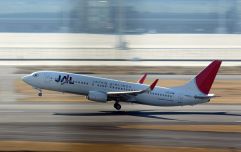 END_OF_DOCUMENT_TOKEN_TO_BE_REPLACED

At least not for the time being - there's always a chance that additional taxes could be introduced in an effort to provide a comparable deterrent.

Remember to drink responsibly, but keep in mind that you can do so on a budget.


popular
QUIZ: How well do you know The Lost Boys?
Jenson Button on crashes, his Brawn fairytale and the rules of the road
This is the hardest Pokémon quiz you'll ever take
A definitive ranking of every swear word from worst to best
This is how much time most men need after orgasm before they're ready for another round
KNEECAP answer the most annoying questions Irish people get asked
The JOE Friday Pub Quiz: Week 179