Six people have been arrested over an alleged far-right plot to attack Emmanuel Macron. 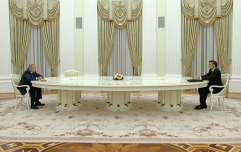 END_OF_DOCUMENT_TOKEN_TO_BE_REPLACED

French security services arrested the men - who have yet to be identified - over a "loose plan" for “violent action” against the French president, according to officials.

The group were captured by anti-terrorism units in three areas of the country: the eastern French regions of Moselle and Isère and the north-west region of Ille-et-Vilain.

French TV channel BFM TV reports that the suspects are aged between 20 and 60 and that the man “considered to be main suspect” was found with a 44-calibre gun.

Last July, a far-right agitator was arrested on suspicion of plotting to assassinate Macron. 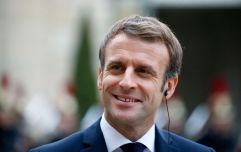 Macron declares his covid policy is to 'piss off' unvaccinated

END_OF_DOCUMENT_TOKEN_TO_BE_REPLACED

The centrist president has recently addressed concerns over the rise of the far-right across Europe, including in France where the National Front's Marine Le Pen captured 10 million votes in the 2017 presidential election.

"We need to hear the fear and anger. There's anger against a Europe that has become too ultra-liberal," Macron told France's Europe 1 radio station. "This anger is directed at an ultra-liberal Europe which no longer allows our middle classes to live decently."

There have been similar fears over the rise of the right in Britain. A march by the far-right Democratic Football Lads' Alliance last month saw thousands march through central London and a recent YouGov poll found that twenty-four percent of voters would now support an "explicitly far-right, anti-immigrant, anti-Islam party".