Though it had been signposted in advance, confirmation by Donald Trump of the withdrawal of the United States from the Paris accord on climate change was still greeted with shock and outrage on Thursday.

Newspapers the world over didn’t hold back with front pages that made no bones about their attitude to the latest controversial decision by the US president, while the scale of the response of global leaders will be encouraging to those who care about the environment all over the world.

Emmanuel Macron has impressed in his brief time as president of France to date and his response to Trump’s decision was arguably the most striking of all.

In the aftermath of Trump's decision, Macron delivered a stirring address that reiterated France’s commitment to climate change and called on professionals who can make a difference to come to France to continue to work on “concrete solutions for our climate, for our environment”.


“To all scientists, engineers, engineers, entrepreneurs, responsible citizens who were disappointed by the decision of the United States, I want to say that they will find in France a second homeland,” Macron said. 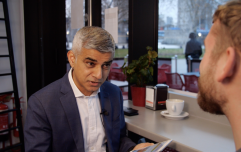 END_OF_DOCUMENT_TOKEN_TO_BE_REPLACED

“I call on them: Come and work here with us — to work together on concrete solutions for our climate, our environment. I can assure you, France will not give up the fight.”

Best of all, at the very end, he trolled Trump for good measure, taking his well-known election campaign slogan and adopting it to suit his own argument, hammering home the message on his Twitter page afterwards.

We all share the same responsibility: make our planet great again. pic.twitter.com/IIWmLEtmxj

“I call on you to remain confident. We will succeed,” Macron added.

“Because we are fully committed, because wherever we live, whoever we are, we all share the same responsibility: Make our planet great again.”

Well said, Emmanuel. You can see his speech in full on Periscope here.