Drug smugglers deliver $83 million of cocaine to supermarkets by mistake

The drugs were hidden in banana crates

Drug smugglers accidentally sent bundles of cocaine with a street value of around $83m (£67.5m) to a number of Czech supermarkets before they could be intercepted in Germany. 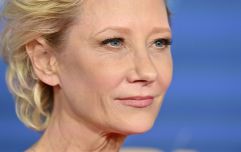 END_OF_DOCUMENT_TOKEN_TO_BE_REPLACED

The huge haul was discovered by unsuspecting supermarket workers after they cracked open the fruit cases and discovered numerous tightly-packed, powder-filled packages.

Shelf stockers in a number of stores across Prague, Jicin and Rychnov nad Kněžnou quickly called the local authorities, who have since revealed that they have seized around 2,200 lbs of cocaine that would have been worth millions on the streets.

It is believed that the drugs were en route from Columbia. Police from the Czech Republic shared details of the find on social media, including footage of a sniffer dog inspecting a stack of bananas crates that reportedly had travelled from South America.

END_OF_DOCUMENT_TOKEN_TO_BE_REPLACED

"Pressed cocaine cubes, in banana boxes, were found this afternoon by supermarket workers in Jičín and Rychnov nad Kněžnou," said the first of the police's three-part tweet message.

"Criminal investigators found that goods of the same batch were distributed to several other places in the Czech Republic." 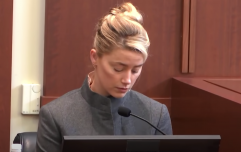 END_OF_DOCUMENT_TOKEN_TO_BE_REPLACED

Their message continued, adding: "Therefore, in cooperation with @Celnispravacr and other entities, it is currently conducting inspections of these places and other actions.

"Information about consignments is kept outside the territory of the Czech Republic, for this reason we will use the institute of international police and judicial cooperation."

Authorities concluded by saying: "The case was taken over by the National Drug Control Center, which will conduct the investigation. We will provide more information as soon as possible. #policiepp."

At the time of writing, it's unclear where these drugs were heading, however a recent report from the United Nations has suggested that cocaine manufacturing had reached 'record levels'.

"The output of global cocaine manufacture doubled between 2014 and 2019 to reach an estimated 1,784 tons (expressed at 100 percent purity) in 2019, the highest level ever recorded," explained the report.

It added: “In 2019, Colombia continued to account for the vast majority of the global area under coca bush cultivation (two-thirds)."

popular
Chilling moment man with knife and balaclava is captured wandering around family's living room
Lisa Kudrow hits back at fans complaining about lack of diversity in Friends
Landlord faces £40k fine after tenant puts swimming pool on roof of flats
James May 'hospitalised after crashing into wall at 75mph filming new show'
Furious Reading and Leeds ticketholders demand refunds as band replaces Rage Against The Machine
Ex-porn star Lisa Ann tells virgin, 46, with micro penis that 'size doesn't matter'
Ex-teacher who got pregnant by former student plans to film birth so it can be taught in schools
You may also like
Politics
The Home Office wants to effectively decriminalise drugs
Entertainment
Bradley Cooper reveals he battled cocaine and alcohol addiction before Hangover fame
News
Amber Heard claims Johnny Depp ripped her underwear and did ‘cavity search’ looking for cocaine
Life
Elon Musk now wants to buy Coca-Cola next and vows to 'put cocaine back in'
News
Tory MP David Warburton suspended from party over drug and sexual harassment allegations
Next Page