Carl Stewart, of Gem Street in Liverpool, posted a photo of Stilton on EncroChat, an encrypted messaging service he used in a bid to to remain undetected. 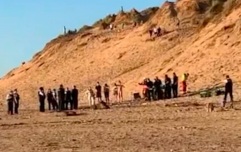 END_OF_DOCUMENT_TOKEN_TO_BE_REPLACED

The 39-year-old drug dealer used the handle "Toffeeforce" to remain anonymous when he was supplying class A and B drugs, the Liverpool Echo reported.

However, Stewart was identified via his fingerprints after officials analysed the photo he posted in the online chat.

The defendant appeared at Liverpool Crown Court on Friday for sentencing. Stewart was sentenced to 13 years and 6 months in jail after pleading guilty to conspiracy to supply heroin, ketamine, cocaine and MDMA. He also pleaded guilty to transferring criminal property.

Detective Inspector Lee Wilkinson, of Merseyside Police, said: "Today we have seen another significant sentencing as part of national Operation Venetic, which came about after law enforcement officials in Europe managed to crack the 'EncroChat' service being used by criminals involved in serious and organised crime to carry out their business.

"Carl Stewart was involved in supplying large amounts of class A and B drugs, but was caught out by his love of Stilton cheese, after sharing a picture of a block of it in his hand through Encrochat.

"His palm and fingerprints were analysed from this picture and it was established they belonged to Stewart."