Conor McGregor is in the process of challenging trademark applications

Conor McGregor is putting the finishing touches on his preparations for the biggest fight of his life at UFC 205.

But 'The Notorious' is also battling outside the Octagon as he is in the midst of a legal fightback against several trademark applications made in his name.

A plucky individual has attempted to get the jump on McGregor by registering several trademarks that are more than a little related to the UFC featherweight champion's brand.

As McGregor continues to broaden his horizons, with the foundation of his new website TheMacLife.com, he is attempting to solidify his already well-established name and products associated with that name.

The Irish Independent names Tabassum Gazala Khan as the UK-based businesswoman who has attempted to register applications for three UK trademarks,  spending over €3,000 in the process. According to the report, Khan also registered the domain names conormcgregorthenotorious.com, conorthenotoriousmcgregor.com and thenotoriousconormcgregor.net.

McGregor's trademark legal representatives at FR Kelly filed a challenge last week against Khan's application which argued that McGregor has "built up a substantial reputation such that use of the Trade Mark applied for by the Applicant would without due cause of the Trade Mark applied for take unfair advantage of, or be detrimental to, the distinctive character or the repute of the earlier Trade Marks of the Opponent." 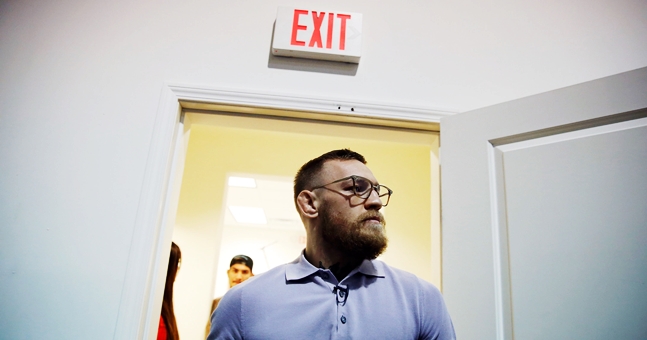 END_OF_DOCUMENT_TOKEN_TO_BE_REPLACED

Intellectual property lawyer Brian Conroy, of Rennick Solicitors, has followed this case from the beginning and he broke down the legal jargon to mean “this punter has no f**king right to try and freeload off Conor McGregor’s name, has no connection with it, and can’t use it to confuse people into thinking anything they release has anything to do with McGregor, and it’s also taking advantage of his name and reputation when they have no entitlement to."

With the record-breaking pay-per-view figures regularly being brought in by McGregor, it's not difficult to comprehend why others would try to capitalise on his status as the most popular UFC fighter walking the planet.

But McGregor is rightly having none of it.


popular
QUIZ: Name all 50 of these 2000s Champions League players
QUIZ: Name the obscure characters from The Simpsons (Part Two)
Conor McGregor pays tribute as Khabib retirement blows division wide open
Newcastle United sign bricklayer mate of Allan Saint-Maximin... no, really
Can you name every top European football club that begins with 'A'?
You'll have to be an old-school fan to get 20/20 in this 1990s footballers quiz
The JOE Pub Quiz: Week 214