COMMENT: Theresa May is a shit show Prime Minister and the credits can't come soon enough

You know the type of thing. You'll be flicking through your satellite channels and you'll come across a badly lit, badly acted, shit show of a melodrama masquerading as a movie. It's meant to be fitting tribute to someone's life and achievements, but it's anything but.

END_OF_DOCUMENT_TOKEN_TO_BE_REPLACED

What you're watching is just a weak actor reading out badly-scripted catchphrases in an opportunistic attempt to profit from the past.

Why anyone would want to be anything like Margaret Thatcher is far beyond my comprehension. To my mind she was callous and cruel ruiner of lives, flogger of family jewels, destroyer of communities, and killer of young potential. But it can't be denied that she was a formidable figure in political history, a weird sort of viagra to musty old Tories with right-wing perversions and serious nanny issues.

Theresa May is nothing. She is nothing. No charisma, no personality and zero scruples. She has proved time and time again that her only consistent ideals involve personal gain, and that her heart is as hollow as her head. So it's hardly a surprise that she and others attempted to fill the void with the best Maggie impression she could muster. A blank screen upon which old Etonions could project their wet dreams.

END_OF_DOCUMENT_TOKEN_TO_BE_REPLACED

But as with crap daytime features, her tenure as Thatcher-lite has been laughable and cartoonish. An octave drop, string of rocks, and power suit doesn't hide the fact that the Primark Prime Minister is an evident fraud. Her Tory coronation was an opportunistic punt that had everything to do with being the least worst option, and nothing with any clear virtue. She won, but like a Royal Rumble wrestler keeping their head down.

The arrogant assumption was that she could repeat the trick with a snap election. Having hit the Article 50 button and set the Brexit clock ticking, she selfishly took a risk with national stability and negotiating leverage for personal gain and party politics. The plan was to gain a healthy mandate, and delay the need for another election from 2020 to 2022. After all, she had nothing to lose due to aforementioned nothingness. 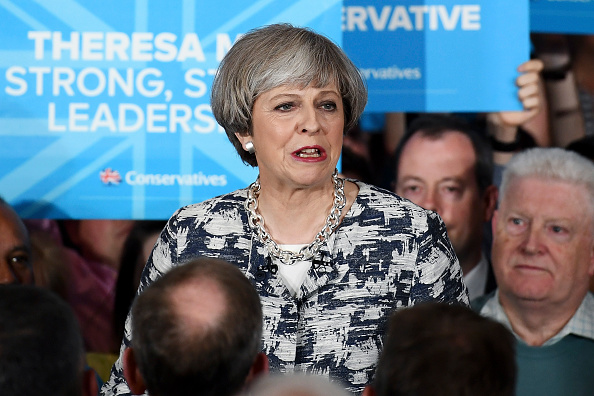 But it didn't work this time. Despite Faustian pacts with self-serving media pimps and poisonous right-wing rags, May (even her name is pathetically non-committal) couldn't sufficiently win over a public who saw right through her Aluminium Lady act. The electorate witnessed a knock-off imitation break apart before their eyes, like a cheap Rolex you buy on an Istanbul city break. As strong and stable as a double-dunked digestive.

END_OF_DOCUMENT_TOKEN_TO_BE_REPLACED

She went from passable impersonator to painful embarrassment within weeks, repeating Lynton Crosby's slogans with less and less conviction until we were left with a malfunctioning twatbot with no spare batteries.

Having previously grovelled to the likes of Recep Tayyip Erdogan and tangerine bollocks on the international stage, she's now left to perform more parochial arse-pampering to the DUP.

If all this reads like a professional obituary (or crap imitation of one), that's because it should be. But true to form, May hasn't even got the basic integrity to bow out with dignity. Instead, her feeble 'victory' will play out as a slow and painful death march. Tory colleagues, with selfish agendas that are anything but collegial, will carefully sharpen their knives in the shadows. Death by a thousand pricks. 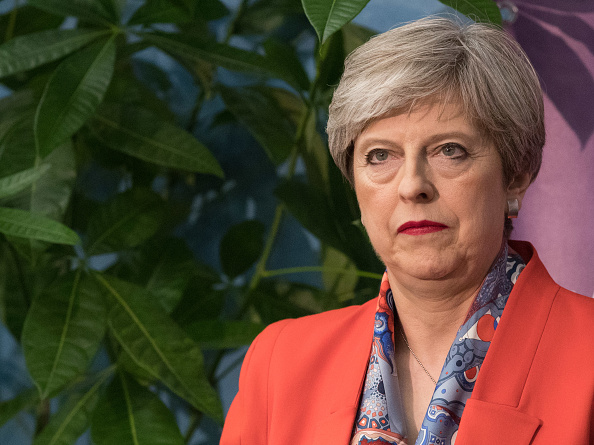 As for negotiations with our European cousins, God help us. Our pathetic PM couldn't successfully negotiate a half opened packet of Wotsits without prior instruction, so the mammoth of untangling decades of entwined European and UK law in any workable way should be an absolute shit show. She is the one who is 'naked and alone', with no mandate and precious little clue. Essentially, we are very much fucked.

It makes a mockery of the 'difficult woman' rubbish that we were sold, and didn't want for free. Just another meaningless tagline to hide a lack of plot. 'Crush the saboteurs' my arse. May tries so very hard to be the Wicked Witch of the West, but she's all cackle and no spell. Barring any of the natural charm or likability, she has more in common with the cowardly lion, scarecrow and tinman, with their want for courage, brains and heart.

The mock Maggie routine was never gonna fly for long. Thatcher was many things, most of them unconscionable, but at least she had clear aims and definable objectives, and of course charisma to spare. May is the straight-to-video sequel the nobody signed up for. A fast-forwarded version that starts with the doddery and unstable woman getting in and out of cars. Our hammy Prime Minister is car crash viewing and the credits can't come soon enough.