Canada became the latest major country to roll out the legalisation of marijuana on Wednesday and it only took two days for the country to burn through its weed stocks. 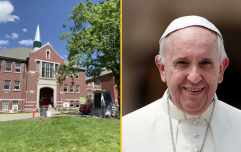 END_OF_DOCUMENT_TOKEN_TO_BE_REPLACED

Eager smokers were being turned away from stores selling the drug in some major cities after a vast amount of business worth millions of dollars was processed, the number of orders reaching 38,000 in Ontario province and 42,000 in Quebec.

"This volume of orders far exceeds the forecasts," said the Quebec government pot retailer on the shortages. "[It was] difficult to anticipate the volume of sales, given the lack of data from a sector that 48 hours ago was still illegal."

Many had turned out to buy weed despite not being frequent users of the drug, wanting to be part of an iconic day in the nation's drug laws.

Alexandre waited for seven hours in Montreal on Wednesday before being turned away due to stock shortages, with police also being called to disperse the peaceful crowd.

“It was hell, it was cold,” he admitted. “But we had fun anyway, talking with people in the crowd and sharing joints.

“Yesterday was the day that everyone was waiting for but I think that little by little the queue will decrease."

The vast majority appear to have had fewer issues in making use of this new decriminalisation, even in the face of some eye-watering prices. In the province of Saskatchewan, a gram costs just over £11 ($18.99) per gram.

And not everyone is fully in tune with how the law is working, with Winnipeg Police posting on Twitter a ticket handed out to a driver smoking weed while driving - which is still illegal - a mere hour after the legislation came into effect.