The boy has not yet been named

A 13-year-old boy is fighting for his life against "serious injuries" after being shot in the back while walking down the street.

The teenager was walking down the street in Hockley Circus, Birmingham, just after 19:00 on November 18 when he was shot in the back.

Police responded to reports of a gunshot alongside two paramedics and a doctor from the Medical Emergency Response Incident Team (MERIT).

END_OF_DOCUMENT_TOKEN_TO_BE_REPLACED

"On arrival we discovered one patient, a teenage male, who was treated for serious injuries before being taken to hospital for further treatment," the police statement reads.

It is understood that the boy has suffered life-changing injuries.

"We are urgently appealing to anyone in the area with any information.

"This is a busy area with lots of motorists, so we're asking anyone with dashcams to check their footage as this may help us identify the people responsible.

We are appealing after a teenager was shot in Hockley Circus, Birmingham, shortly before 7pm last night (18 Nov).

Hockley Circus will remain closed for most of the morning as we conduct forensic enquiries. Thank you for your patience. 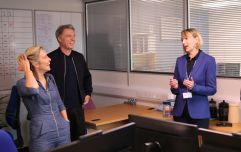 END_OF_DOCUMENT_TOKEN_TO_BE_REPLACED

"Also if you witnessed anything, please contact us as this information could provide integral to our investigation."

"We were called to reports of a gunshot incident near to Hockley Circus in Birmingham at 7.16pm last night.

"One ambulance, two paramedic officers and a MERIT trauma doctor attended the scene.

"On arrival we discovered one patient, a teenage male, who was treated for serious injuries before being taken to hospital for further treatment."

You can contact the police via their live chat service on their website or by calling 101. They ask that witnesses quote log number 3589 of 18/11. Crimestoppers can also be contacted anonymously via 0800 555 111.

popular
Incredible case of the only known individual whose parents were two different species
TikTokers are utterly convinced there is a secret zombie apocalypse going on in China right now
Pop Idol star Darius Danesh found dead aged 41
Darius Danesh opened up about his health struggles before his tragic death aged 41
Jamie Foxx and Snoop Dogg's vampire movie surges to the top of Netflix charts
People are sharing 'evidence' that history's biggest event was staged by humans
Brits who snore could get £156 in DWP benefits every week
You may also like
Food
McDonald's restaurant bans all under-18s from entering after 5pm following string of abuse aimed at staff
Politics
Liz Truss's new police plan is straight out of the Blackadder playbook
News
UK Police given swan handling lessons - after years of viral videos showing bungled attempts
Life
Woman lay dead in flat for over two years but landlord 'cut off gas and kept taking rent', inquest heard
News
'Deadpool was not in the area': Bedforshire Police respond after CCTV photo prompts viral response
Next Page