Galatasaray put rivalries to one side to honour those who lost their lives in last night's Besiktas stadium blasts.

A car bomb and a separate suicide bomber caused the deaths of a reported 38 people, with more than 100 more receiving treatment in nearby hospitals. 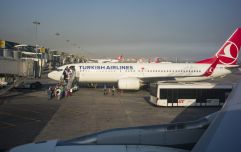 END_OF_DOCUMENT_TOKEN_TO_BE_REPLACED

Elsewhere in Istanbul today, Gala were due to host Gaziantepspor at the Turk Telekom Arena, and they used the occasion to make it clear that some things are far more important than football.

The 20-time Turkish champions held a minute's silence before kickoff, while tributes and messages of thanks were posted by the club's Turkish and English-language accounts on social media.

A minute of silence to remember those who lost their lives last night... pic.twitter.com/C47VEpC2WN

In the face of terror we don't fall. We stand together, stronger! 🇹🇷 pic.twitter.com/lkQJakRQ9A

Kurdish group TAK, which also has claimed credit for the attacks, six months after claiming responsibility for a bomb in the same city which resulted in 11 deaths.

According to the BBC, the group claimed to be acting in retaliation for the imprisonment of the leader of the Kurdistan Workers' Party, of which TAK is an offshoot.

At the time of writing, no further deaths have been reported beyond the initial total of 38 reported by both the BBC and Al Jazeera.