Less than a day since Donald Trump refused to commit to leaving office peacefully in the event of election defeat, Bernie Sanders called on all Americans to be ready to stand up for democracy regardless of their political allegiance.

The warning gives genuine weight to the president's bravado about refusing to concede the election.


Sanders' comments follow a worrying answer given by Trump in a press conference Wednesday. 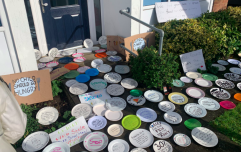 END_OF_DOCUMENT_TOKEN_TO_BE_REPLACED

Asked by a reporter if he would commit to a peaceful transferral of power, the president said: "We're going to have to see what happens. You know that. I've been complaining very strongly about the ballots. And the ballots are a disaster.

American voters should take Trump at his word, Sanders says. "I think it is terribly important that we actually listen to, and take seriously, what Donald Trump is saying."


popular
Liverpool fans raise £100k for food banks with boycott of Sheffield United PPV
QUIZ: Name the films referenced by The Simpsons
Newcastle United sign bricklayer mate of Allan Saint-Maximin... no, really
Paul Pogba has announced his retirement from Dabbing... and revealed its replacement
QUIZ: How well do you know The Simpsons' famous softball episode?
You'll have to be an old-school fan to get 20/20 in this 1990s footballers quiz
The JOE Pub Quiz: Week 214