The beginning of autumn is not the end of summer

After many sweaty sleepless nights, BO infused train journeys, and a never-ending load of laundry…  for some, England’s uncharacteristically hot summer has been a curse.

END_OF_DOCUMENT_TOKEN_TO_BE_REPLACED

As August comes to an end, the whole of England eagerly awaits an autumn chill after a relentless heatwave. But rumour has it, the end of summer is not quite as close as some of us may have hoped.

Met Office meteorologist Aiden McGivern said: "Talk of Autumn may be slightly premature because temperatures are expected to bounce back this weekend and it will feel warmer across the country, by day and by night."

It's the last day of meteorological summer - but will 2018 be a UK record breaker?

The race is neck-and-neck at the moment – we’ll have more later today! @neilrkaye pic.twitter.com/AGKqmWaWl8

So put your coats and jumpers back in the cupboards and stock up on coal for the BBQ. Summer’s not over yet.

The beginning of September could see temperatures rising to high 20s, not quite the abrupt welcome to autumn that we are used to.

"The further east you come the dryer and brighter it will be once again. Long spells of sunshine for East Anglia and the south East." 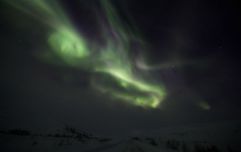 END_OF_DOCUMENT_TOKEN_TO_BE_REPLACED

While some are basking in a long drawn out summer, others are eager to get back into jumpers and joggers, sit by the fire and watch Bake Off with a cup of tea.

Four months of consistent heat is more than enough for the country known for its rainy skies and snowy springs.

But some of us are making a lucky escape from the sun, as parts of England remain as cool as the past few days have been. 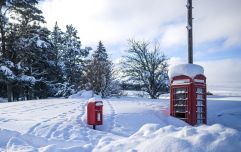 END_OF_DOCUMENT_TOKEN_TO_BE_REPLACED

The Met Office’s Alex Deakin said: "the cooler air is pushing back in across the far north. A lot of cloud across the west and maybe some bits and pieces of rain with the sunniest sky’s most likely across the east."

However, for the rest of the country "dry weather will continue through the course of the weekend and probably beyond." So, expect to have your BBQ out for Christmas, because there’s no signs of the sun leaving us any time soon.