At least 36 people are believed to be dead, and another 147 injured in the attack, which was reportedly carried out by three men armed with Kalashnikov rifles. They then detonated suicide vests when police officers arrived.

Although no group has yet to claim official responsibility, Turkish PM, Binali Yildirim, has pinned the attack on Islamic State (ISIS). 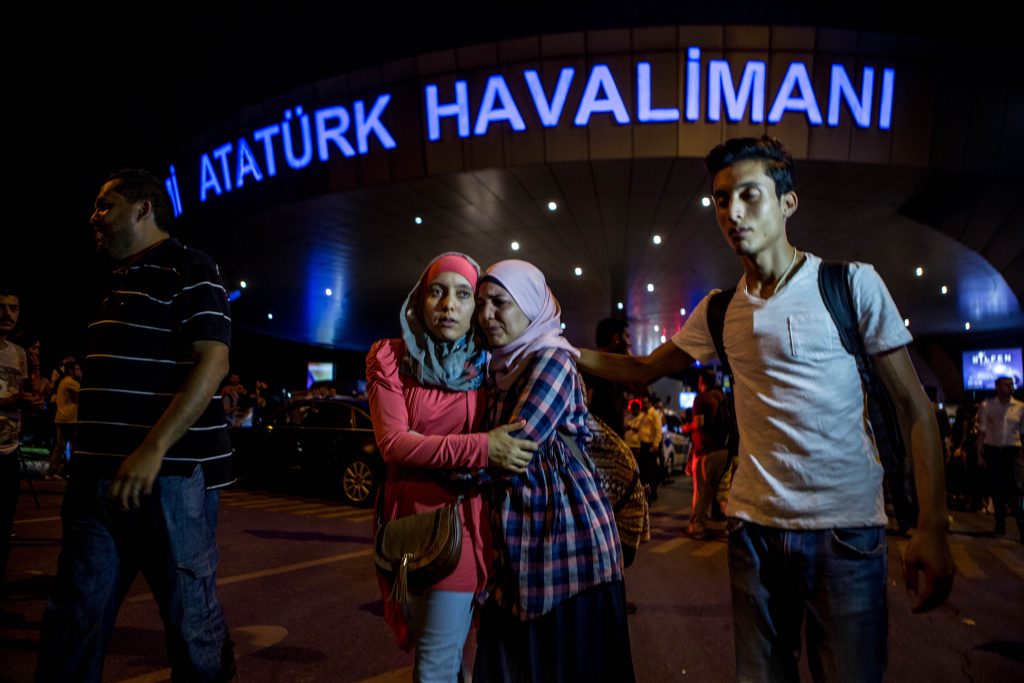 "The findings of our security forces point at the Daesh organisation [ISIS] as the perpetrators of this terror attack," he said. "Even though the indications suggest Daesh, our investigations are continuing."

The PM explained that the attackers arrived by taxi to the airport, and launched their assault at the international arrivals terminal.

Turkish president Recep Tayyip Erdoğan struck a defiant note last night, saying: "This attack does not produce any results, it aims to produce propaganda against our country using the blood and pain of innocent people."


Video has emerged online that seems to have captured the moment that the bombs detonated, as well as the panic that then ensued.

Startled passengers who just got off a flight from #Istanbul share their reactions w/ @Chauncyontv The latest at 10https://t.co/31wIoM9YV7

Witnesses and survivors have been telling their stories in the aftermath.

A witness tells of his terror during Istanbul airport attack. Live updates: https://t.co/i6aExXBL24https://t.co/08PipXyKBv

"There was a huge explosion, extremely loud. The roof came down. Inside the airport it is terrible, you can't recognise it, the damage is big," said Ali Tekin, who was at the arrivals hall at the time.

One South African tourist's description of the attack is quoted in 'The Guardian':

"We came right to international departures and saw the man randomly shooting. He was just firing at anyone coming in front of him. He was wearing all black. His face was not masked. I was 50 metres away from him.

"We ducked behind a counter but I stood up and watched him. Two explosions went off shortly after one another. By that time he had stopped shooting. He turned around and started coming towards us. He was holding his gun inside his jacket. He looked around anxiously to see if anyone was going to stop him and then went down the escalator... we heard some more gunfire and then another explosion, and then it was over." 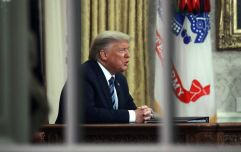 END_OF_DOCUMENT_TOKEN_TO_BE_REPLACED

Some 60 million people a year pass through the airport, making it one of the busiest in the world. Flights were cancelled and diverted throughout the evening, but the airport has since reopened for incoming and outgoing flights.

World leaders have condemned the attack:

"All Americans stand united with the people of Turkey against this campaign of hatred and violence." —Hillary pic.twitter.com/QmSccJvcV0

Canada strongly condemns tonight’s deadly attack in Turkey. My thoughts are with the victims as we stand with our allies against terrorism.

...while US republican hopeful Donald Trump had this to say:

Yet another terrorist attack, this time in Turkey. Will
the world ever realize what is going on? So sad.

Celebrities have posted messages on social media about the attacks:

Pray For Istanbul 🙏🏻 Pray For Turkey 💔. Why's It So Hard To Love One Another? pic.twitter.com/Dx3OYXwA46

But Cher - always an idiosyncratic user of social media - has been criticised for her use of emojis in her message.

WE ALL PRAY FOR INNOCENT PPL IN TURKEY AIRPORT 💣💥

'The Telegraph' reports that hundreds of people have been killed in the last year in terror attacks in the country linked to ISIS and Kurdish militant groups, PKK and TAK. The most recent was just three weeks ago when a car bomb ripped through rush hour traffic in central Istanbul, killing 11 people and wounding dozens more.

You may also like
Sport
Manchester United agree terms with Inter Milan for Alexis Sanchez transfer
Fitness & Health
Animal protein better than plant protein for building muscle, study finds
Quiz
QUIZ: Can you identify these Friends episodes from just one screen shot?
Quiz
QUIZ: Guess the football TV show from the still image
Sport
The Rock has bought the XFL for $15 million
Next Page