Android users should be on the lookout for this text message that is being circulated by hackers.

The message contains a dangerous link which can take 'total control' of your phone.

Security experts Hemdial issued a warning about the message which could allow hackers to gain access to personal details and render your phone useless. 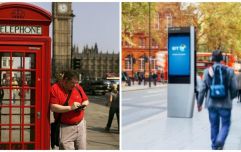 END_OF_DOCUMENT_TOKEN_TO_BE_REPLACED

The message reportedly reads: 'You have received a multimedia message from +[country code] [sender number] Follow the link http:www.mmsforyou [.] Net /mms.apk to view the message'.

A warning issued on the Hemdial website reads that opening this link can 'open a backdoor into Android smartphones, to monitor and control them as they please'.

They can also 'send SMS messages to premium channel numbers, seriously increasing the victim's phone bill; read SMS messages, which means they can also read authentication codes sent as part of two-factor authentication mechanisms, used also by online banking apps and ecommerce websites and use their full access to Android phones to basically manipulate the device to do whatever they want'.

popular
ITV News' intro to Downing Street Christmas party clip is absolutely brutal
Majority of people think Boris Johnson should resign, according to new poll
The FootballJOE Pub Quiz: Week 17
Electrician jailed after castrating several men at their request in Germany
Robbie Savage 'started to tear up' as son Charlie is named on Man Utd bench
Met police to review leaked video of Downing Street aides joking about Christmas party
Boris Johnson apologises for a party he says didn't happen
You may also like
Fitness & Health
Using your phone for five hours a day is linked to obesity
Tech
BlackBerry Messenger is shutting down for good next month
Entertainment
The iconic Nokia game Snake is back for you to play on your smartphone
Fitness & Health
Your smartphone is doing some grim things to your brain - here's what you need to know
Tech
Anonymous leak reveals new range of Apple products expected to launch on Tuesday
Next Page