Homeless man in California was actually Elvis Presley, according to conspiracy theorists

Elvis was allegedly in witness protection

According to conspiracy theorists, Elvis isn't dead - he's just been living as a homeless person on the streets of California. 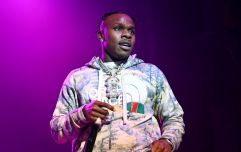 END_OF_DOCUMENT_TOKEN_TO_BE_REPLACED

The homeless man's body was discovered under a bridge in San Diego, California in 2015.

The deceased 80-year-old was linked to three names, although it is unclear whether Tommy, Jessie or Vern was his actual name. Police later tested his DNA and the name 'Presley' emerged, as chronicled in the new book Urban Legends: Strange Tales and Unsolved Mysteries from Around the World.

Written by James Proud, Urban Legends continues to explain that the FBI and police then had to be notified, and this is how the conspiracy was brought to the public eye.

can we talk about this image of Elvis Presley as an old man I just saw on facebook that accompanies a post saying he had been living as a homeless man in WitSec for the past however many years and was found dead but they did a DNA test and it matched Elvis pic.twitter.com/QaPXUAIz5G 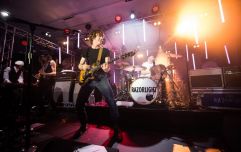 END_OF_DOCUMENT_TOKEN_TO_BE_REPLACED

The book also states that the body struck an eerie resemblance to The King and goes as far as to say that the departed homeless man may have looked similar to how Elvis might have looked in his 80s.

Others believe the body actually belonged to Elvis's later twin-brother Jessie who died at birth.

Urban Legends continues to say that the technicians "never heard anything more about the body" and that the coroners told them to "keep it to themselves". 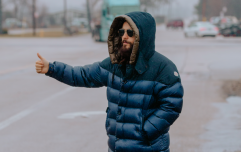 END_OF_DOCUMENT_TOKEN_TO_BE_REPLACED

Naturally, the internet got to work and numerous Youtube videos have since arisen. One such video has amassed a staggering 373,671 views since its posting in 2017.

The video claims that after sending the DNA results to the FBI and CIA, an FBI spokesperson named Philip Hunter confirmed the body belonged to the King of Rock. He had allegedly been in witness protection since his supposed death in 1977.

"Always thought the body in his coffin looked like a wax figure - these celebs wanted out of the public eye because they just wanted to live a normal life - can't blame them!" read one comment beneath the video.

But not everyone is fooled, with someone else writing: "A man as rich as Elvis was, would be well-off; even assuming lowly witness protection. No way would he die homeless and destitute on a park bench. Amazing what people are prepared to believe!"