How many candles on the cake Queen Madge? 60? Wow, talk about living your best life. 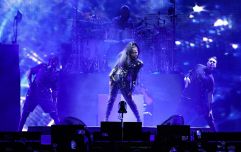 END_OF_DOCUMENT_TOKEN_TO_BE_REPLACED

Without doubt one of music's most successful artists, most respected entertainers and greatest icons, Madonna is, and always has been, a force to be reckoned with.

She's a generational chameleon that can adapt to any trend or genre. Whether it's pop, dance, Hip Hop, R&B or country music she can do it all, and do it all well at that.

Celebrating her 60th birthday we decided to rank her 10 greatest songs (which was very hard considering her extensive back catalogue).

Do you agree with our list? What did we miss? What would you replace and put in instead? 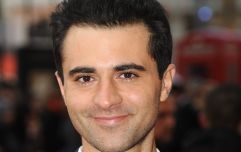 END_OF_DOCUMENT_TOKEN_TO_BE_REPLACED

Controversial? I don't think so.

Madonna was Drake before Drake. What I mean by that is she's the ultimate musical chameleon. She moves from trend to trend and makes it her own regardless of genre and is successful each and every time. When "4 Minutes" came out Timbaland was the hottest producer on the planet and Justin Timberlake was the pop star of choice. So what did Madonna do? That's right, she snapped them both up.

The haters came out in their droves when "4 Minutes" was first previewed to the world but most of them came around pretty quickly when the song caught on, hitting the top spot on most singles charts and taking over dance floors worldwide.

Who needs an egg timer when you can just play "4 Minutes"?

Embracing the rich dance floor backdrops delivered to her by William Orbit the entire Ray of Light album was special. At this point in Madonna's career a line was drawn in the sand as far as her older music and newer music was concerned. Ray of Light was a departure from her previously colourful and polished pop bangers, replaced instead by synth-built atmospheric gems where Madonna's voice was an instrument itself.

"Frozen" was the album's standout moment and remains one of her greatest records, regardless of era. The video is both stunning and haunting at the same time.

Is there anyone in the world who doesn't like this song? Like, seriously? If you claim to not like it then you're either lying or not of this earth. It's "Material Girl" for Christ's sake! It's fun, upbeat, danceable, and a trademark Madonna song.

Featured on her breakthrough album Like A Virgin, the song was the album's second single and was produced by Chic co-founder and all-around bad man Nile Rodgers. Helping catapult Madonna to global superstardom, the song capitalised on the success of the album's first single and became a fan favourite pretty quickly.

Indicative of her life at the time, "Material Girl" wasn't actually written by Madonna, instead it was penned by Peter Brown and Robert Rans. She felt that "Material Girl" was provocative in its content and was attracted to it and it more than likely sparked the explicit side of her which became a part of her image over the coming years.

Flexing her vocal chords in a big way with her own version of the classic Julie Covington song of the same name, "Don't Cry For Me Argentina" was Madonna's version of the 1976 song for the film adaptation of Evita.

Complete with strings and a big brass section that comes to a head as the song reaches its crescendo, the song was Madonna's Celine Dion moment. By that I mean besides strengthening her vocal delivery she stepped out of the pop realm and into one where she could perform the song in an opera house to an audience decked out in tuxedos and ballroom gowns.

A stunning rendition, this was a Madonna song where you paid more attention to her vocals than the instrumentation.

Simple. Cheesy. Fun. Typically 80s. These are all ways to describe "Holiday" and they're all true.

If any other artist at the time decided to make a record about needing to take a vacation with such wanky instrumentation playing in the background - the type that sounds like you've pushed the 'Demonstration' button on a keyboard in school - it wouldn't have even made it to the record plant.

But it's Madonna and we love her for it. It's iconic. There's nothing more to say. We know it's cheesy but we also know it's the type of cheese we love.

When JAY-Z sampled this on The Black Album, on a track called "Justify My Thug", that's the moment I knew he had good musical taste.

"Justify My Love" is sexy. It's wanting, it's needing, just like the song itself says.

Written by Lenny Kravitz and Ingrid Chavez, a protegé of Prince, the song came at a time when much of Madonna's creative and visual output focused on sexuality and erotica. Barely singing on the track, Madonna adopts a spoken word approach complete with moans and groans that she went on to use again on her 1992 album Erotica.

"Justify My Love" didn't feature on a Madonna album as such, it was featured towards the end of her much lauded greatest hits collection, The Immaculate Collection.

If you ask what version of Madonna most people remember, or even prefer, it's often the "Justify My Love" Madonna complete with short bleached blonde hair and whose music videos were shot in black and white.

Produced by Nile Rodgers and decked out in hidden innuendos, "Like A Virgin" is probably Madonna's best known song. If I was to hit the streets and ask the average person to name a Madonna song on the spot I reckon this is the song they'd name.

Actually written by Tom Kelly and Billy Steinberg, the song was inspired by Steinberg's personal experiences of romance and wasn't actually written with the intention of being placed with a female artist, it just worked out that way after Madonna selected it herself.

It's one of those songs that could be interpreted in many different ways but it's also one of those songs where you can just straight up ignore the lyrical content and sing along to it anyway. I had no idea what a virgin was when I first heard this song but I definitely sang it at the top of my voice at countless school discos.

I remember hearing this song for the first time as a kid and instantly being besotted with it without really knowing why. If I'm honest I still don't really know why I like it so much, it's just a really good pop song.

Apparently offered to Michael Jackson first, the instrumental draws inspiration from Latino musical influences, featuring Cuban drums, Spanish guitar, maracas and harmonicas. It sounds like a cross between a Commodore 64 video game and a Carlos Santana song, and that's not a slight, it really works.

All in all the song showed off another strand of Madonna's diverse repertoire and proved she was more than just your average pop starlet.

Some people reading this will probably be calling me an idiot for not listing this at number one, and to be honest they wouldn't necessarily be wrong (about it being worthy for the top spot, of course).

"Like A Prayer" is one of those songs that once you push play you're fully committed. There's no fast-forwarding, no skipping, no not paying attention, it's the perfect pop song. It was an introduction to Madonna's more artistic side as far as songwriting goes, pairing off with Patrick Leonard.

"Like A Prayer" has everything: meaningful lyrics, production that evolves and the video is like a movie.

Album: I'm Breathless: Music From and Inspired By the Film Dick Tracy

Was it ever going to be any other song? C'mon now, let's be honest. "Vogue" is a classic. Shining a light on the Harlem 'House Ball' community, vouging helped define an era in pop music that saw the likes of Madonna, Prince, Michael Jackson and many more thrive making some of the decade's most exciting music and shooting easily the most creative music videos to date.

There's just something about this record that gets you on the dance floor every single time, no matter what year it is.

popular
Multiple fatalities after planes collide mid-air over airport
Andrew Tate banned from Instagram and Facebook
Incredible case of the only known individual whose parents were two different species
Footage emerges of Andrew Tate getting knocked out during kickboxing bout
The JOE Friday Pub Quiz: Week 308
Court hears cringeworthy poems Ryan Giggs wrote to his ex
Rishi Sunak names his usual Maccies order - but it was withdrawn more than 2 years ago
You may also like
Tech
Man flies 4,000 miles and spends £2,300 to track down thief who stole his AirPods
Travel
Brits will be charged to enter Spain, Greece, France and Portugal
Politics
Footage of Boris Johnson shopping in Greece emerges as PM jets off on second holiday in as many weeks
News
Moment desperate passengers crawl through luggage belt at Manchester Airport in search for suitcases
Politics
British government could have fixed Dover port problems in 2020 - but they opted not to
Next Page