Adalia Rose, a YouTuber who suffered from a real-life 'Benjamin Button' disease, has died at the age of 15.

END_OF_DOCUMENT_TOKEN_TO_BE_REPLACED

The teenager from Texas was diagnosed with Hutchinson-Gilford progeria, a genetic condition also known as Benjamin Button disease when she was just three months old.

The condition is extremely rare, affecting less than 500 children in the world, and causes extreme accelerated ageing with sufferers having an average life expectancy of 13.

But Rose amassed millions of followers and subscribers on social media as she grew, documenting her life with the condition.

A post on her Instagram page from her family read: "January 12, 2022 at 7pm Adalia Rose Williams was set free from this world. She came into it quietly and left quietly, but her life was far from it.

"She touched MILLIONS of people and left the biggest imprint in everyone that knew her. She is no longer in pain and is now dancing away to all the music she loves.

"I really wish this wasn’t our reality but unfortunately it is. We want to say thank you to everyone that loved and supported her,' they went on.

"Thank you to all her doctors and nurses that worked for YEARS to keep her healthy. The family would now like to mourn this huge loss in private."

A post shared by The Adalia Rose Show (@adalia06)

She had posted on her page just hours before the sad news of her death was announced.

In 2018, Adalia's mother, Natalia Pallante, spoke to the New Zealand Herald about her daughter's life, saying that doctors realised something was wrong within a few months of her birth. 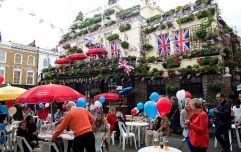 END_OF_DOCUMENT_TOKEN_TO_BE_REPLACED

"When Adalia was born, I think it was she was like a month old and they weren't happy with her growth," she said.

"That was one of the symptoms that first popped up and then it was also that the skin on her tummy was really tight and just different looking."

At just three months old, she was diagnosed with the condition, and soon started losing her hair.

Natalia's partner said they treated her just like "a normal 11-year-old and try to give her the best life."

Some of Adalia's most popular videos included her dancing to PSY's Gangnam Style and Vanilla Ice, which went viral in 2015.

She met a number of celebs in her life, and in December 2019 was gifted two dream dresses by Jennifer Lopez's designer Michael Costello for her 13th birthday.

popular
Dr. Dre shares unbelievable video of Eminem's skills to prove no rapper could beat him
'He completely satisfies me' - wife of disabled man hits back at trolls mocking sex life
'Hey kiddo! This is your uncle ' - creepy moment OnlyFans star's relative finds her page
Man tracked down and killed son's paedophile abuser live on TV
The JOE Friday Pub Quiz: Week 279
A definitive ranking of every swear word from worst to best
Former army sergeant who became porn star explains why she made career move
You may also like
News
Cressida Dick: All the times the Met Police boss got it wrong
News
New Highway Code rule means you should change how you listen to music in car from today
News
Parents of baby who died with more than 60 broken bones in 'despicable abuse case' jailed
News
GMB's Kate Garraway forced to stop debate amid on-air chaos
News
Man tracked down and killed son's paedophile abuser live on TV
Next Page