Teachers are being warned not to communicate 'woke' ideas and push agendas on political issues in classrooms. 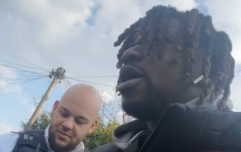 END_OF_DOCUMENT_TOKEN_TO_BE_REPLACED

In a new set of guidance on political impartiality in schools published on Thursday, the Department for Education has reiterated that schools have a legal obligation to "prohibit the promotion of partisan political views" and approach contentious issues in a "balanced" manner.

Education minister Nadhim Zahawi said that schools should not be encouraging students to “pin their colours to a political mast” or take a particular stance on certain issues.

Citing issues like racism, colonialism, the Israel-Palestine conflict, and even veganism, Zahawi said that while they will undoubtedly present challenges in the classroom, the aim is put forward "a balanced presentation of opposing views on political issues, so that the complexity of many of these important questions is understood”.

Reacting to the story of a Nottingham school that was criticised for showing its pupils a Newsround episode that discussed the Partygate scandal and writing to the PM asking him to resign, Zahawi told The Sun: "I want to make sure that each and every child is given the opportunity to come to their own opinions without being swayed by what others think.”

END_OF_DOCUMENT_TOKEN_TO_BE_REPLACED

A dossier compiled by the Free Speech Union late last year claimed to contain proof that schools around the country had engaged in “politicised teaching”. The union, according to a report in the Express, submitted its findings to Zahawi.

popular
Brit on holiday beaten with a brick by gang before being thrown in the sea unconscious
Men with ‘very large penises’ wanted for new documentary
Premier League player arrested on suspicion of rape facing two more allegations
Dad who ran off with Ukrainian refugee says couple are doing 'brilliantly' - but he can't see his kids
Teens are turning up to watch Minions in suits - and why cinemas have been forced to ban them
British schoolboy breaks internet after attending prom in sequined tuxedo ballgown
July 4 shooter: Chicago suspect fled the scene in women’s clothes and planned attack for weeks, police say
You may also like
News
Gary Lineker says he suffered racist abuse during football days because of ‘darkish skin’
News
Woman 'thrown to the ground' and 'stamped on' by police as protestors stop immigration raid
News
Naomi Campbell 'very upset' after being 'racially profiled' at airport
News
Police shot unarmed, pregnant Black woman five times, witness in Missouri claims
News
Raheem Bailey: Fundraiser for bullied boy who lost finger surpasses £100k amid celebrity support
Next Page