A supermarket worker has left her job with a bang - announcing her departure over the PA system while taking direct aim at her boss. She branded him a "pervert".

END_OF_DOCUMENT_TOKEN_TO_BE_REPLACED

Beth McGrath had worked at Walmart in Louisiana for five years when she finally decided she's had enough.

But rather than hand in her notice in person, or via email, she picked up a phone and let everyone in the entire Carencro store know.

On Tuesday, McGrath shared a video of her explosive exit on Facebook where it has since racked up 100,o00 views. It has also gone viral on TikTok and Twitter and she's been overwhelmed with supportive messages.

In the video McGrath looks visibly nervous as she prepares herself, shaking her hands out and pumping herself up for the big announcement.

After introducing herself and her department, McGrath doesn't hold back: "I can say that everyone here is overworked and underpaid.

"We are spoken to like sh*t by management and customers every day," she continues, before saying that they are often told they are replaceable. 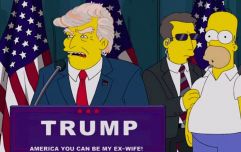 END_OF_DOCUMENT_TOKEN_TO_BE_REPLACED

McGrath continues to say she is tired of the constant "gaslighting" before turning her attention to specific members of management.

"To Jared, the store manager, you're a pervert," she exclaims. "Greta and Kathy, shame on you for treating your associates the way you do."

But in the final moments of the video, McGrath thanked fellow workers and said that Walmart does not deserve them.

She has since made another interview thanking people for the overwhelmingly positive response on Facebook.

"Do not be afraid to speak your piece, even if it tears you down first. Thanks guys," McGrath said, with tears in her eyes.