Welcome to Woodmere Avenue: the road that's taking names and writing off cars like no one's business

This road in Watford is causing some serious damage among local motorists, so much so that a total of 11 cars - including one police van - have crashed at the sticky spot in the past four weeks. 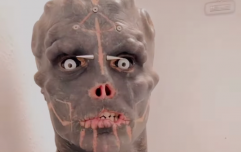 END_OF_DOCUMENT_TOKEN_TO_BE_REPLACED

Woodmere Avenue is a simple residential road in the Watford area - however, it has technically had a width restriction of seven feet since 1980 and despite having already suffered damage over the years, in February 2011 stiffened posts were installed to "resist vehicle strikes and reduce maintenance costs".

The bollards were initially 1.3 metres tall before being reduced to 73cm after the 2011 update - but regardless, it's the narrow gap that's still causing everyone trouble.

Footage captured from local resident Tim Vigor's security feed was subsequently posted onto a Facebook group with over 1.3k angry members and even turned into a montage on YouTube.

Just today, a member of the group explained how ITV film crews had turned up to see the site causing so much trouble - and three more vehicles happened to crash.

A spokesperson for Hertfordshire County Council issued the following statement: "The width restrictions on Woodmere Avenue are there to discourage drivers, particularly of large and heavy vehicles, from using this residential road as a through route, while allowing buses to use the road as normal.

"We are aware that some local residents have been unhappy with the width restriction, and we have reviewed and improved the white lines and signage around the restriction to make sure drivers are well aware of the upcoming width restriction." 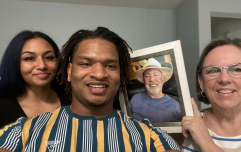 END_OF_DOCUMENT_TOKEN_TO_BE_REPLACED

Despite widespread frustration with the current state of the road, the council insist there are two other routes leading to Woodmere Avenue - both without width restrictions - and as such, are simply advising people to use these streets instead.

They went on to say that though local council officers are continuing to liaise and consider options for the road to be adjusted, at present: "The location does not meet the criteria for inclusion in our safety engineering programme, and drivers do have to take responsibility for knowing the width of their vehicle and navigating the restriction at a safe speed."

Mr Vigor, who is a HGV driver himself (the kind of vehicle these restrictions are primarily designed for), told the Daily Mail: "It’s absolutely ridiculous. I started recording it because there were five accidents in three days - five big ones. Every day there’s something out on my driveway because every day, something hits it."

He went on to say that: "No one stops because [sometimes] it’s just a scratch, but even if it did £500 worth of damage every single day - not including the big crashes and the cars that are written off - over ten years that’s about £1.3million in just little incidents."