We're hoping this catches on quick

A man in Australia who was looking to rent out a new apartment in Sydney has gone viral on TikTok after his application was withdrawn when he asked for a landlord reference.

END_OF_DOCUMENT_TOKEN_TO_BE_REPLACED

Comedian Tom Cashman shared an initial video explaining how he'd been looking at a variety of properties when his application for one particular place was accepted.

Not entirely sold on it as his first choice, Cashman took the very sensible - albeit uncommon - decision to ask the letting agent for a landlord reference from a previous tenant:

END_OF_DOCUMENT_TOKEN_TO_BE_REPLACED

Having gone back and forth prior to this email, what followed was a short period of silence.

While the idea is great if you want to find a reliable and trustworthy landlord, is it is not required nor typical when securing most housing arrangements.

After commenters on his page echoed his sentiment that referencing should become a two-way street, they began asking for an update, at which point Cashman informed them there had been quite a drastic turn in circumstances: 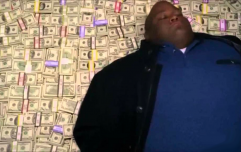 END_OF_DOCUMENT_TOKEN_TO_BE_REPLACED

That's right, the funny man's simple request went down like a lead balloon. For simply wanting to vet the person he'd be renting from - someone who already has lots of legally required assurances from their prospective tenant - his previously approved application was terminated.

Fortunately, Cashman had a fair few other places on his list anyway, so the search wasn't completely ruined - that being said, the exchange does point out a very reasonable request that should be more common for renters.