A long-overdue change in legislation

Pet abduction is set to be made illegal in the UK following a spike in thefts. Up until now, the offence had been classed as a loss of property under the Theft Act 1968. 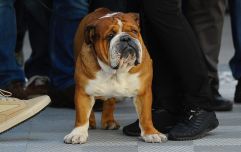 END_OF_DOCUMENT_TOKEN_TO_BE_REPLACED

The update to legislation sees pets recognised as sentient beings, a change that hopes to take into account the emotional distress caused to pet owners who lose their beloved companions.

Brits value their pets so much that three-quarters of people who participated in a recent survey, said they thought pet bereavement should be standard at work.

According to recent government data, pet theft increased significantly throughout the Covid-19 pandemic, with around 2,000 dogs reported stolen last year alone. Several petitions surrounding pets had been put forward during lockdown, including fines for people who walk dogs in heatwaves.

The newly proposed legislation is one of several recommendations made following the above report. The 'pet theft taskforce' established in the past year is comprised of government officials, police, prosecutors and local authorities, working off evidence provided by animal welfare groups, campaigners, academics and other experts.

RSPCA chief executive, Chris Sherwood said the new pet abduction offence will escalate the "seriousness" of the crime. "We hope this will encourage courts to hand out much tougher sentences to pet thieves", adding that a simplified microchipping database would help tackle pet abduction, animal welfare issues and "irresponsible pet ownership".

Diane James, from the Blue Cross animal welfare charity, said the organisation hoped the new sentencing laws were brought in "swiftly", adding: "[We] would still advise owners to continue to be vigilant and follow advice to prevent becoming a victim of this abhorrent crime."

popular
Genius lettuce hack 'puts people to sleep in seconds' - and people swear by it
East London nightclub deaths: At least 22 people found dead in South African 'tavern'
'Dinosaur lady' wins internet with baffling Question Time remark on rail strikes
The JOE Friday Pub Quiz: Week 300 - the Triple Century
Glastonbury: Watch the incredible moment Olivia Rodrigo and Lily Allen dedicate 'F*** You' to US Supreme Court
Roy Keane booed as he appears on big screen in front of 50,000 fans
Derby County to exit administration after bid for club is accepted
You may also like
News
Uni student reveals he eats dog food for breakfast, lunch and dinner to save money
News
Driving with a dog in your car could land you with a £5,000 fine
News
Mum gives daughter's dog away after she cheats on exams
Health
Pets may have to be culled to prevent spread of monkeypox, report claims
Life
Dog owners warned this gesture from pet could be a sign of illness
Next Page