Just a romantic story about a guy, a girl, her dad, and a giant toilet-clogging poo

What says true love? Flowers? Maybe. A surprise night in a five-star hotel? Some would say so. But they would be wrong. True love is brainstorming the best action plan for getting rid of a giant, toilet-blocking dump.

Chrissie, from Margate in Kent, and her boyfriend Eddie, were commemorating two blissful years in each other's company, and Chrissie decided there was no better way of doing so than by sharing their relationships's defining moment. 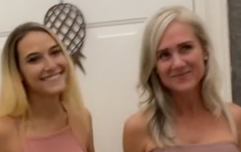 END_OF_DOCUMENT_TOKEN_TO_BE_REPLACED

An unintended interruption to their presumably otherwise romantic WhatsApp conversation came in the form of Eddie's humongous turd refusing to flush. He had the need to relive in a toilet that at the time wasn't fit for use, and predictably, disaster struck.

Chrissie dutifully informed everyone she knew on Facebook about the incident, as you do these days.

Brilliantly, there was also an unedited rundown of the entire conversation as it took place.

We clearly wanted as much detail as possible about #Eddiepoogate, and Chrissie confirmed that the poo was indeed removed and deposited in a paint pot before her Dad's arrival.

"This was our own place. We were renovating the house at the time and not living there (hence the toilet that wasn't plumbed in and the tub of paint available to use), and my dad was helping us out with the renovations. Eddie was sending these messages while I was sat with mum and dad, we were all in hysterics - of course I had to read them aloud for all to hear."

Chrissie's Facebook friends found the whole thing equally hilarious, with one commenting: "I absolutely love that you screen shotted and saved it !!! It's like you thought 'ooh that could be used one day'! Brilliant!

We echo this sentiment. Screenshot everything, and if you or your partner have a similar mortifying story to share, give us a shout at [email protected] or message us on our Facebook page.